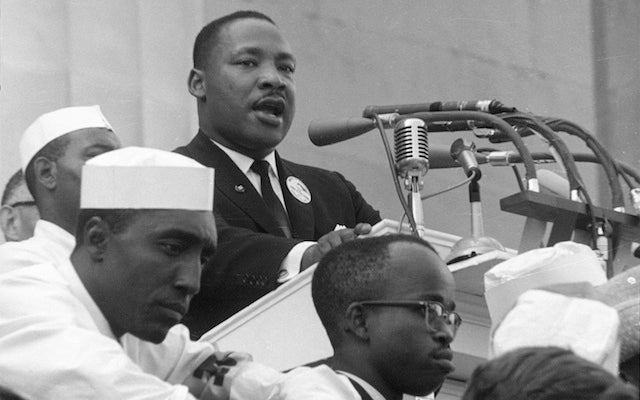 Its anniversary will be celebrated in Washington D.C., where it originally occurred, with speeches by Presidents Clinton, Carter and Obama. Members of King's family and civil rights leaders will also be in attendance. Obama's speech will be delivered at the Lincoln memorial — from the same spot as King's — at is set to begin at 2:45 p.m. ET.

If you couldn't make it to the nation's capital to see it in person, here's how the networks are covering it:

PBS NewsHour, which is livestreaming the event, will speak exclusively with President Obama after his speech.

NBC, ABC and CBS will broadcast President Obama's speech live on their channels, with NBC and ABC providing livestreams of the event throughout the day as well.

MSNBC, CNN, Fox News and Al Jazeera America will report live from the event. CNN and MSNBC are also planning to air MLK's speech in its entirety — a rare television event, as King's estate has been protective of its copyright.