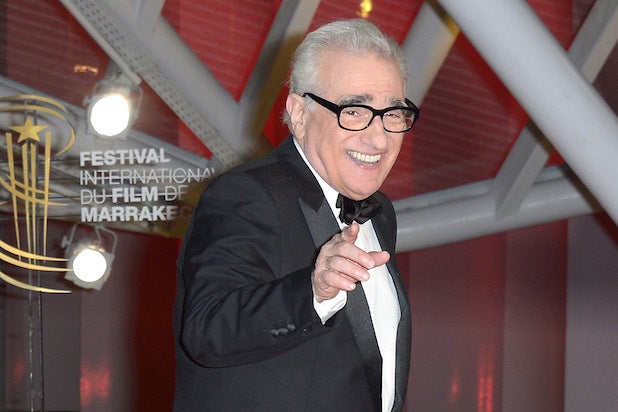 Martin Scorsese plans to shoot his new movie “Silence” in Taiwan rather than in Japan, after seeing what Taiwanese-American director Ang Lee was able to accomplish there with Oscar-winner “Life of Pi.” In fact, with more and more Hollywood films shooting parts of their films in Taipei and other scenic spots around the island nation, some people have taken to calling the evolving cinema world of Taiwan as “Tollywood.”

Although the Scorsese film is based on an obscure 1966 Japanese novel that tells the story of a hapless Jesuit missionary trying in vain to introduce Christianity to Buddhist and Shinto Japan in the 1600s, Scorsese has already scouted locations in Taiwan after getting a welcoming greenlight from Lee.

Scorsese feels the Taiwan location will be less stressful and more colorful than shooting the period piece in the real Japan of today, since Taiwan still contains architecture and village scenes from the Japanese Colonial Period (1895-1945) when Japan ruled the island with a colonial mindset.

Taipei Film Commission director Jennifer Jao told local media that Scorsese “likes Taiwan very much” and plans to be back on location in the summer to shoot the film.

“We hope that the film will be shot entirely in Taiwan,” Jao told a reporter for Apple Daily, adding that the commission will provide crew, some cast members, film equipment, transportation services and media assistance to Scorsese and his team during filming.

According to media reports, actors signed up to be in the film include Liam Neeson, Andrew Garfield, Ken Watanabe and Adam Driver.

The 71-year-old director and his crew went undiscovered in Taiwan during their February visit as they scouted locations, but when a customer at a Hualien recognized the director, the entertainment media had a field day snapping photos and writing stories. Prior to touching down in Taipei, Scorsese had been in Tokyo to promote “The Wolf of Wall Street” along with stars Leonardo DiCaprio and Jonah Hill by his side.

While “Silence” will be shot in Taiwan, the movie will be released as a Japanese-language film with Japanese dialog dubbed in in post-production, according to sources.

Garfield and Watanabe have already been cast in the movie, the sources said.

Scorsese went to Cannes last year to try to sell “Silence” — a personal pet project still in development after 24 years of gestation — to foreign buyers, and he’s ready to roll on the project he started in 1989.

Taipei City and the surrounding countryside will serve as the principal photography locations and Taiwanese film officials, already happy with the global publicity that native son Lee’s “Life of Pi” brought in, are more than welcoming to Scorcese’s plans, according to local media here.

While Taiwan is not Japan, Taiwan was a colony of Japan for 50 years and much of the country still retains many areas and buildings that look like they belong right in the middle of old Tokyo.

Scorsese apparently got the idea to shoot the movie in Taiwan after personally conferring with Lee and getting his personal recommendation. Scorsese said Lee recommended that he seriously consider thinking about shooting “Silence” in Taiwan when the two men chatted after attending a screening Scorcese’s “Hugo” three years ago.

Lee was in the middle of filming “Life of Pi” at the time and had nothing but good things to say about the crews and government officials he was working with in his native land. Scorcese listened, and after “Pi” won an Oscar for Lee in early 2013, he made his decision to film in Taiwan, too.

The Japanese novelist Endo (1923-1996) was a minority Catholic in a Buddhist and Shinto nation and “Silence” — titled “Chin-mo-ku” in Japanese — tells the tale of a Jesuit missionary who faced severe prejudice and persecution at that time in Japan’s history. The novel, which won the 1966 Tanizaki Prize in Tokyo but was never read much outside Japan, is partly written as a letter by a foreign missionary who questions and yet revels in the existence of a Christian God.

Critics in Japan have said that the theme of “a silent God” who supports a Jesuit in adversity was greatly influenced by the Endo’s own personal experience of religious discrimination in Japan.

Scorsese, who is Catholic himself, has long been fascinated by the Christian religious impulse and vocation, as seen in his 1988 Paul Schrader-scripted “The Last Temptation of Christ,” is no stranger to arguing with God. “Christ” was based on the Greek writer Nikos Kazantzakis’s 1960 novel which spoke of the life of Christ in human terms rather than traditional divine terms.