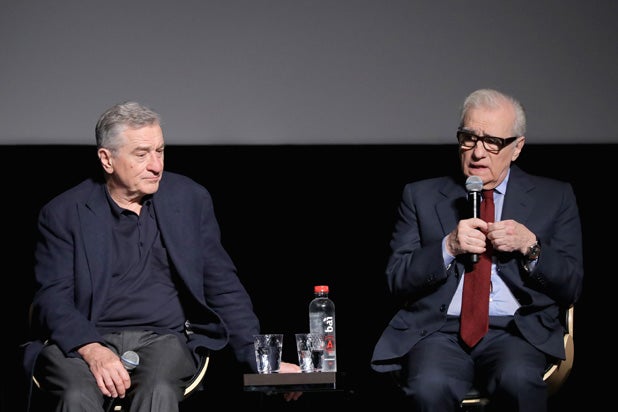 Martin Scorsese and Robert De Niro are reuniting on stage for an in-depth conversation about their respective careers at this year’s Tribeca Film Festival.

The festival on Tuesday announced its lineup of Tribeca Talks, and Scorsese and festival founder De Niro’s conversation will headline the Directors Series.

The duo will talk about their long, intertwined careers, beginning with “Mean Streets” and through “The Irishman,” which will be released on Netflix later this year. That project is their first time collaborating since 1995’s “Casino.” Together they’ve worked on nine films, including “Taxi Driver,” “Raging Bull,” “The King of Comedy” and “Cape Fear.” The chat between Scorsese and De Niro takes place on April 28 at the Beacon Theater in New York City.

Also added to the Tribeca Talks series as part of the Directors Series are conversations with Guillermo del Toro, and another between David O. Russell and Jennifer Lawrence.

Then as part of the Storytellers series, The Roots drummer Questlove, comedians Sarah Silverman and Mike Birbiglia, actors Michael J. Fox and Denis Leary, writer Jaron Lanier, and screenwriter and actress Rashida Jones will also all be featured.

The 18th edition of the Tribeca Film Festival takes place April 24 through May 5. Find out more information about the schedule here.