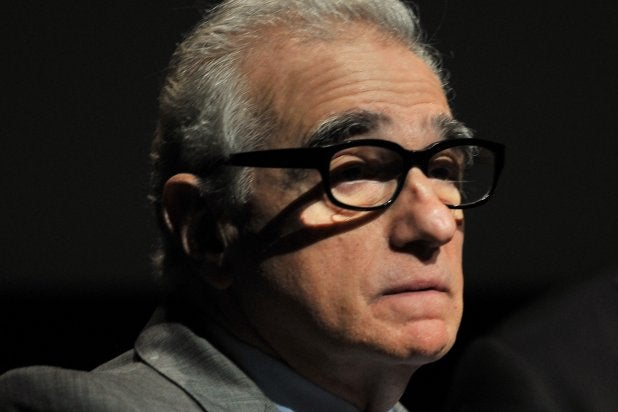 Martin Scorsese wants you to know that he didn’t mean to insult Marvel movies when he said they weren’t cinema… but their cultural domination still worries him.

Since the filmmaker was asked by Empire Magazine about his thoughts on superhero films in October, a debate has raged on over the MCU’s artistic merits on social media and beyond. And in a new op-ed in The New York Times, Scorsese clarified his thoughts and discussed how in his view Marvel and DC’s blockbusters are a far cry from the auteur-driven work that inspired him to become a director and defined the era in which he came up.

“For me, for the filmmakers I came to love and respect, for my friends who started making movies around the same time that I did, cinema was about revelation — aesthetic, emotional and spiritual revelation,” Scorsese explained. “It was about characters — the complexity of people and their contradictory and sometimes paradoxical natures, the way they can hurt one another and love one another and suddenly come face to face with themselves.”

“Many franchise films are made by people of considerable talent and artistry. You can see it on the screen. […] I know that if I were younger, if I’d come of age at a later time, I might have been excited by these pictures and maybe even wanted to make one myself. But I grew up when I did and I developed a sense of movies — of what they were and what they could be — that was as far from the Marvel universe as we on Earth are from Alpha Centauri.”

Scorsese acknowledged that superhero films are capable of exhibiting many of the qualities that he values in cinema. But his problem with them is that they, and modern film franchises as a whole, are “market-researched, audience-tested, vetted, modified, revetted and remodified until they’re ready for consumption.”

Also Read: Jon Favreau on Scorsese and Coppola's Marvel Criticism: 'They Can Express Whatever Opinion They Like'

By comparison, the filmmaker says that when he sees a film by Spike Lee, Kathryn Bigelow, or any of the acclaimed directors that have come after him, he knows they will take him somewhere new even if they bear similar cinematic styles.

“What’s not there [in superhero films] is revelation, mystery or genuine emotional danger. Nothing is at risk. The pictures are made to satisfy a specific set of demands, and they are designed as variations on a finite number of themes.”

But even if there’s a fundamental difference in filmmaking philosophy between Martin Scorsese and Marvel Studios, Scorsese’s biggest fear is that the MCU and franchises like it are taking up too much pop culture space and not allowing other kinds of films to stand out. Superhero movies combined to gross over $3 billion in North America in 2018, accounting for one-fourth of all domestic box office revenue last year.

Scorsese said he is also worried that Hollywood’s franchise arms race is making it harder for original films to get the attention they deserve from moviegoers, creating a cycle in which audiences only show up for the biggest blockbusters because studios have conditioned them to only buy tickets for those kinds of films, leading studios in turn to chase after the next big franchise to the expense of everything else.

“…the movie business has changed on all fronts. But the most ominous change has happened stealthily and under cover of night: the gradual but steady elimination of risk. Many films today are perfect products manufactured for immediate consumption. Many of them are well made by teams of talented individuals. All the same, they lack something essential to cinema: the unifying vision of an individual artist. Because, of course, the individual artist is the riskiest factor of all.”

“The situation, sadly, is that we now have two separate fields: There’s worldwide audiovisual entertainment, and there’s cinema. They still overlap from time to time, but that’s becoming increasingly rare. And I fear that the financial dominance of one is being used to marginalize and even belittle the existence of the other.”

Martin Scorsese’s latest film, “The Irishman” screens in select theaters this weekend and will stream on Netflix on November 27.