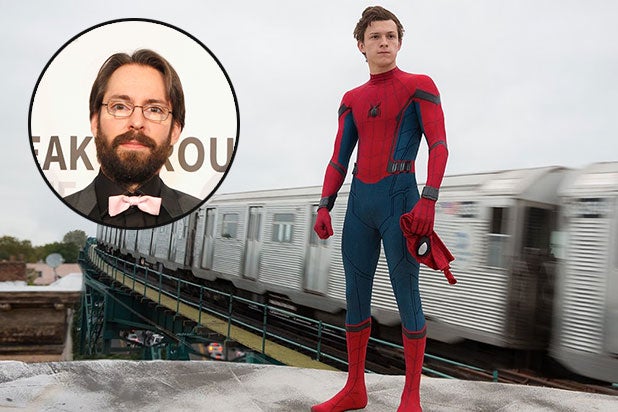 Martin Starr may be best known for his role as a long-haired misanthrope on HBO’s “Silicon Valley,” but the actor landed a key supporting role in this summer’s eagerly anticipated superhero reboot “Spider-Man: Homecoming.”

In an interview with TheWrap, Starr confirmed that he plays a teacher at teenager Peter Parker’s (Tom Holland) New York City high school.

“I’m the academic decathlon coach and one of the teachers at the school so I have a bit of a thing in it,” he said.

Starr, who said that he hadn’t seen the finished film itself, was coy about sharing too many details about director Jon Watts’ reboot, a collaboration between Disney’s Marvel and Sony.

But he did allow that it’s a unique take on the story of Spider-Man previously explored by Tobey Maguire and Andrew Garfield.

“It’s capitalizing on popularity and a story that’s very rich and dense, so there’s a lot left to tell,” he said. “And this isn’t a familiar take on it — this is a unique kind of take of a younger Spider-Man trying to figure out life again.”

He added, “The story has a lot of action and fun in it, but it’s also a sweet, coming-of-age story of a kid.”