Marty Bauer, the co-founder of United Talent Agency, died on Saturday in his Los Angeles home, according to multiple reports. He was 74.

“The entertainment industry has  lost a unique and accomplished executive — and UTA has lost one of its founders,” the agency said in a statement to The Hollywood Reporter. “Marty Bauer helped reshape the agency business. He was a fierce advocate for artists and a force in the creative community. We pay tribute today to his life and legacy and our thoughts are with his family.”

Bauer began his career at the William Morris Agency in the business affairs department and was later promoted to agent. In the late 1980s he formed The Marty Bauer Agency, which became the Bauer-Benedek Agency with entertainment lawyer Peter Benedek. In 1991, they merged with Leading Artists to become UTA, one of the “Big 4” agencies. 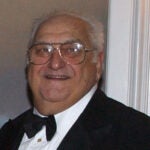 Also Read:
Charles Fries, Producer of TV’s ‘The Amazing Spider-Man’ and ‘The Martian Chronicles,’ Dies at 92

In 1998, Bauer would leave UTA and form the management and production company The Bauer Company, where he served as its president.

Bauer is survived by two sons, Josh and Matthew, and his ex-wife, Barbara Bauer.