Marvel Studios is actively searching for a Latino actor to lead the cast of an as-yet untitled Halloween Special that will air on Disney+, TheWrap has exclusively learned.

The studio is looking for Latino male in his 30s to star in the Halloween Special, which is eyeing to begin production in early 2022.

Individuals with knowledge say the character may be based on “Werewolf by Night,” the name used by two separate Marvel characters. 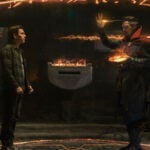 With the introduction of Disney+, Marvel Studios is able to explore different narratives and storytelling on the streaming platform. Show such as “Wandavision” (which had a Halloween themed episode), “The Falcon and the Winter Soldier” and “Loki” launched to great success on the platform. Marvel Studios most recently ventured into animation with “What If?” which recently premiered its third episode. “The Guardians of the Galaxy Holiday Special” most recently wrapped and will premiere during the 2022 holiday season.