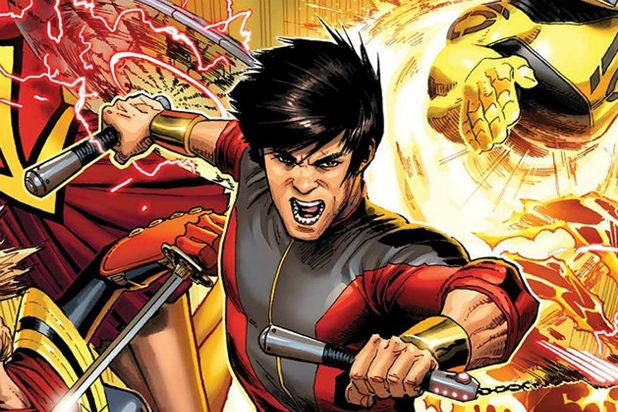 Marvel has found its master of kung fu. Simu Liu will play Shang-Chi and Tony Leung will play the Mandarin in the upcoming Marvel Cinematic Universe film “Shang-Chi and The Legend of the Ten Rings,” based on the martial arts hero. Awkwafina will also star in the film, which is set for a February 12, 2021 release.

Marvel Comics’ original Shang-Chi character is a half-Chinese, half-American superhero. He was created by writer Steve Englehart and artist Jim Starlin. In the comics, Shang-Chi is an extraordinary master of numerous unarmed and weaponry-based wushu styles, including the use of the gun, nunchaku and jian.

Details are under wraps for now, but casting The Mandarin draws a strong connection to “Iron Man” — the villain of “Iron Man 3” at first appeared to be The Mandarin, who the film presented as a vaguely foreign, ideologically nonspecific terrorist. Until the hilarious reveal that “The Mandarin” was actually just a drug addled actor named Trevor Slattery (played by Ben Kingsley), hired by the film’s actual villain to distract people.

However, the “All Hail the King” short film included on the home video release of “Thor: The Dark World” caught up with Trevor in prison, where he (and we) learn there really is a Mandarin, and he’s furious at the way he was represented.

We can’t wait to find out what the real Mandarin is like — and if Kingsley’s schedule is free for a cameo.