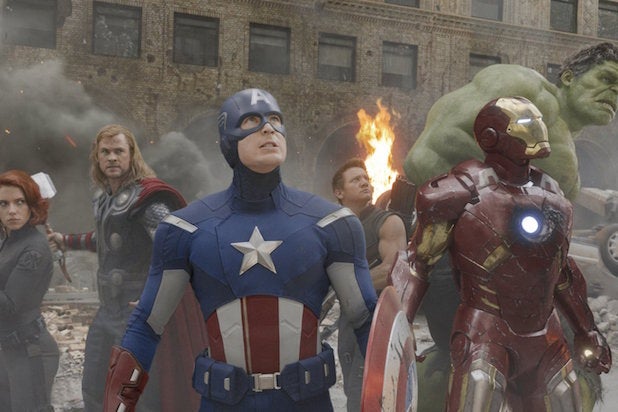 Marvel’s next “Avengers” adventure — titled “Infinity War” — might no longer be told two in two parts, as it was previously announced to be.

A schedule change from Disney late Friday said that the second film in the planned two-parter would no longer be called “Avengers: Infinity War Part II.” Instead, that project has been renamed as an “Untitled Avengers” film.

Representatives for Disney, Marvel and the Russo Bros did not respond to TheWrap’s request for further comment.

In an interview on Uproxx in May, the brothers signaled their intention to change the titles.  “The movies are two very different movies,” Joe Russo said, with Anthony adding, “it is misleading.”

This retitling (or un-titling, as it were) raises questions about the 2019 film involving the heroes Iron Man (Robert Downey Jr), Captain America (Chris Evans), Thor (Chris Hemsworth), Black Widow (Scarlett Johansson), The Incredible Hulk (Mark Ruffalo) and Hawkeye (Jeremy Renner). That film is still scheduled to hit on May 3, 2019.

The Russos were expected to begin shooting the project this November, and were thought to be filming both  films back-to-back with a year in between for edits and release.

Christopher Markus and Stephen McFeely (“Captain America: Civil War”) are writing the script with input from the Russos.