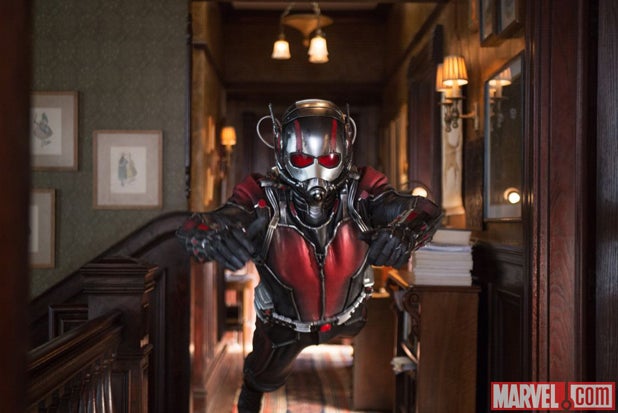 Marvel will debut a six-minute extended look at “Ant-Man” in front of IMAX 3D screenings of Universal’s “Jurassic World” starting on June 12, the studio announced Monday.

That’s more than a full month before the comic book movie hits theaters, as “Ant-Man” is slated for release on July 17.

In “Ant-Man,” Scott Lang (Paul Rudd) leaves his criminal past behind and unlocks his inner hero with the help of Hank Pym (Michael Douglas) and the Ant-Man suit.

Check out the teaser below for a taste of the action.