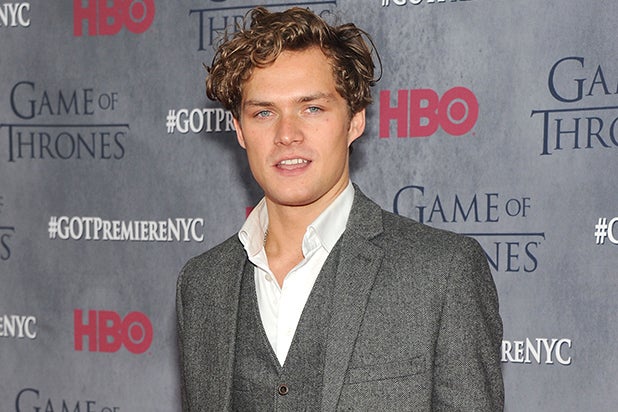 A prominent Marvel comic-book writer was among those who took to Twitter Thursday to criticize the casting of “Game of Thrones” actor Finn Jones in the titular role of Netflix’s Marvel series “Iron Fist.”

While debates about the casting choice raged on, one narrative rose to the top: Many users were angry that Netflix didn’t cast an Asian actor in the role.

Liu, who wrote “Dark Wolverine” and “X-23” titles for Marvel, also retweeted similar sentiments from others disappointed in the casting news.

The writer has been outspoken on the casting of “Iron Fist” since December, when she tweeted, “Let me be blunt: I won’t watch Iron Fist if they cast a white dude. I can’t do it anymore. I’ve reached my limit. Peace out.”

While Danny Rand is a blond-haired Caucasian in the original Marvel comic books, many saw the upcoming television adaptation as an opportunity to inject some diversity.

Pop culture collective The Nerds of Color originated the #AAIronFist hashtag and have been campaigning for an Asian actor to be cast in the role since December, calling out Hollywood whitewashing various Asian source material in the past.

Still there were others who are not convinced the campaign isn’t misguided.

“I’m for representation, but ‘make Iron Fist asian bc martial arts’ sounds a bit racist as well,” said one user.

Below is a sampling of people outraged at the casting of a white actor as Iron Fist.

Iron Fist is an orientalist-white-man-yellow-fever narrative. Asian actor would have helped subvert that offensive trope, and reclaim space.

The responses to those talking about the Iron Fist casting shows how little people care to understand the AAPI experience.

There is a HUGE uproar because Marvel didn't cast a person of Asian decent to play the historically Caucasian character of Iron Fist.

Will this Iron Fist be good? Maybe. Possibly. HOPEFULLY. But glaring missed opportunities like this will always piss me off.

I guess I won't be watching Iron Fist. Or having faith in Marvel regarding diversity ever again.

Yeah I'm one of many who thought IRON FIST should be an opportunity for a rare Asian male lead in a superhero property. ::shrug::

I could explain, again, why I think not casting an Asian Iron Fist is a mistake, but I'll let John Oliver do it: https://t.co/XZ7rtVxKp8

I SEE THEY HAVE CAST THE NEW IRON FIST THEN pic.twitter.com/aDs14tOcyp

@BAMALVR1969 -they're perfectly capable of transforming a character for the better (i.e. the Mandarin) and for Iron Fist they chose not to.

I'm curious: HAS there been an Asian American superhero on screen yet? If not, why not? Why not Iron Fist? #AsianAmericanIronFist

I was so hopeful that Iron Fist would have a POC actor playing the role. But I realized that it wouldn't happen.

Like, why can't Iron Fist be Asian? I think the whole furor over it demonstrates that we have a lack of Asian superheroes in general.