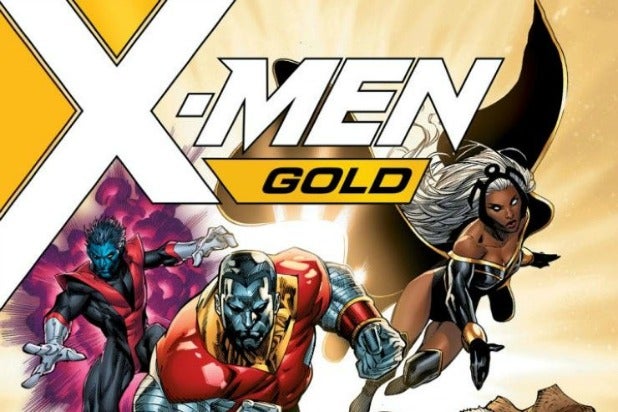 Publisher Marvel Comics says it is taking disciplinary action against an artist who secretly inserted Islamist and Anti-Semitic references in an issue of its “X-Men: Gold” comic book series. The issue, drawn by Indonesian artist Ardian Syaf, was blasted by readers from numerous countries over the weekend after the references were discovered.

Most prominent is scene in which a t-shirt worn by the mutant Colossus features the cryptic writing “QS 5:51,” a reference to Qur’an Surah 5:51. While there is an ongoing and vigorous debate within the Muslim community about the intended meaning, according to Qur’an.com the verse translates as “Oh you who have believed, do not take the Jews and the Christians as allies. They are [in fact] allies of one another. And whoever is an ally to them among you – then indeed, he is [one] of them. Indeed, Allah guides not the wrongdoing people.”

The issue also contained an image of the mutant Kitty Pryde, one of Marvel’s best-known Jewish characters, standing in front of a jewelry storefront. Visible on the wall to Kitty Pryde’s right is the number 212. Meanwhile, her head obscures the shop’s sign so that the syllable “Jew” is unmistakably emphasized.

@MarkPaniccia Are you aware that Adrian Syaf included bigoted messages in X-Men Gold #1? This shouldn't be allowed. https://t.co/qIyjYgqT5Q pic.twitter.com/drPjBFWYsh

212 refers to protests held in Indonesia’s Jakarta province on December 2, 2016, against the province’s governor, Basuki Tjahaja Purnama, known by his nickname, Ahok. Only the second Christian governor in the province’s history, Ahok was accused of violating the country’s controversial blasphemy laws and reported to police in 2016, after a rally in which he decried opponents who have been documented using a Qur’an verse to justify opposing him.

Marvel released a statement to ComicBook.com to address the controversial artwork, confirming the references were included without their knowledge and will be removed from future printings. See the company’s full statement below:

The mentioned artwork in X-Men Gold #1 was inserted without knowledge behind its reported meanings. These implied references do not reflect the views of the writer, editors or anyone else at Marvel and are in direct opposition of the inclusiveness of Marvel Comics and what the X-Men have stood for since their creation. This artwork will be removed from subsequent printings, digital versions, and trade paperbacks and disciplinary action is being taken.

In posts to social media, Syaf has confirmed that he placed the references into the issue, along with their political intent, though he defended having done so by insisting that he meant no offense. “I don’t hate Jews and Christians… I have a many good friends [among them] too,” he said.

In a further statement on the matter posted to his Facebook page, he lamented that “my career is over now,” and apologized “for all the noise.”

Hello, Worlds…
My career is over now.
It’s the consequence what I did, and I take it.
Please no more mockery, debat, no more hate. I hope all in peace.
In this last chance, I want to tell you the true meaning of the numbers, 212 and QS 5:51.
It is number of JUSTICE. It is number of LOVE. My love to Holy Qur’an…my love to the last prophet, the Messenger…my love to ALLAH, The One God.
My apologize for all the noise. Good bye, May God bless you all. I love all of you.
-Ardian Syaf-

The X-Men were created by Stan Lee and Jack Kirby, who were both Jewish, while Marc Guggenheim – who wrote the issue – is also Jewish. Guggenheim pointed fans towards Marvel’s official statement on Twitter.