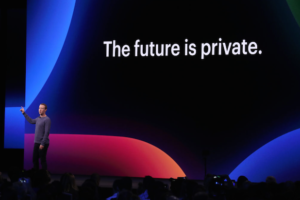 Is Facebook’s New Privacy Bet a ‘Masterstroke’ by Mark Zuckerberg?

The matriarch of “The Marvelous Mrs. Maisel” has spoken: Marin Hinkle, who plays Rose Weissman on Amazon’s Emmy-winning comedy series, is officially Team Joel. Sorry to everyone who’s team Benjamin… but we don’t make the rules.

“If Zach is watching, he’s going to be angry,” Hinkle told TheWrap in an interview, which you can watch above. “But I think, ultimately, that Joel and Miriam, as I called her, Midge, are soul mates.”

In the end, Hinkle decides that the only clear solution is therapy. For everyone.

“She and Joel, maybe they need to go to therapy together — with Susie. All of them together. Group therapy. And then we bring Miriam in with all her complaints about all three of them. That would be perfect, actually.”

Watch the full video of our interview above.