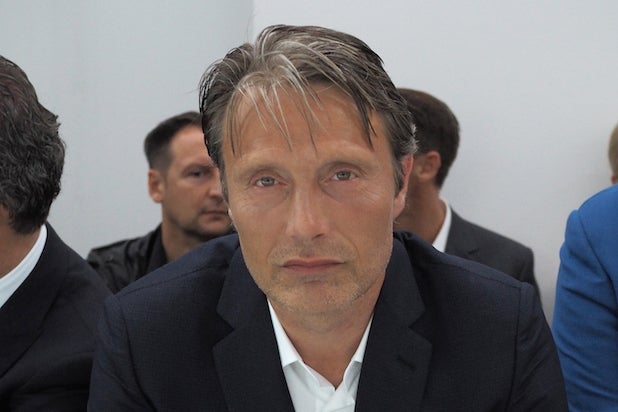 As audiences prepare to bid farewell to “Hannibal,” its star Mads Mikkelsen is being courted for a villainous role in Marvel’s “Doctor Strange,” an individual familiar with the project has told TheWrap.

Mikkelsen has not received an official offer yet but there is mutual interest in having him join the MCU.

Benedict Cumberbatch is set to star as Dr. Stephen Strange alongside Tilda Swinton as the Ancient One and Chiwetel Ejiofor as Baron Mordo.

Scott Derrickson is directing the comic book movie, which is slated to start shooting in November. Disney will release the film on Nov. 4, 2016

This isn’t the first time Marvel has eyed Mikkelsen to play a villain, as he was also courted to play Malekith in “Thor: The Dark World” before landing the title role in “Hannibal,” which led Marvel to cast Christopher Eccleston. “Hannibal” signs off for good on Saturday night on NBC.

Mikkelsen will soon begin filming a non-villainous role in “Star Wars: Rogue One,” which is due in theaters on Dec. 16, 2016. He also has the odd comedy “Men & Chicken” premiering next month at the Toronto International Film Festival.