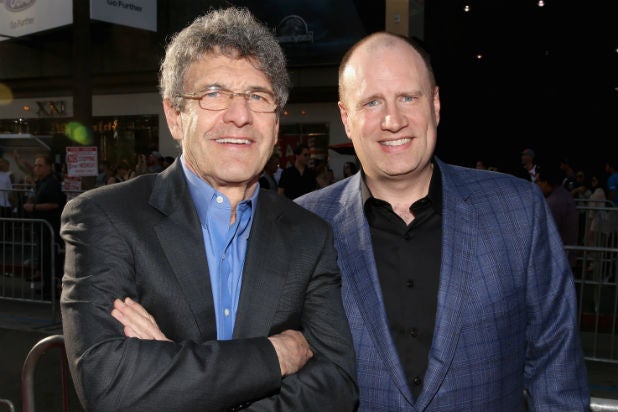 Under the new arrangement, Feige’s co-president, Louis D’Esposito, will also report to Horn.

“Marvel Studios is taking the next logical step in its integration with The Walt Disney Studios, joining Pixar and Lucasfilm in centralizing many of its film-related functions in Burbank,” a Disney spokesperson said. Disney acquired Marvel Entertainment in 2009 for $4 billion.

“This is a move that makes sense,” one individual familiar with the restructuring told TheWrap.

Longtime tension between Feige and Perlmutter over the latter’s micromanaging style led to the decision, media reports said. Perlmutter will continue to oversee several divisions out of New York City, including Marvel’s TV unit, headed by Jeph Loeb, who will still report to Perlmutter.

Representatives for Marvel did not immediately return TheWrap’s request for comment.

Feige has been a major Marvel player since 2007, when he was named head of production.

His ascent to president in 2012 has been in step with the company’s growing superhero universe, including the franchises “The Avengers,” the “Iron Man” series, “Captain America,” “Thor” and “Guardians of the Galaxy.”