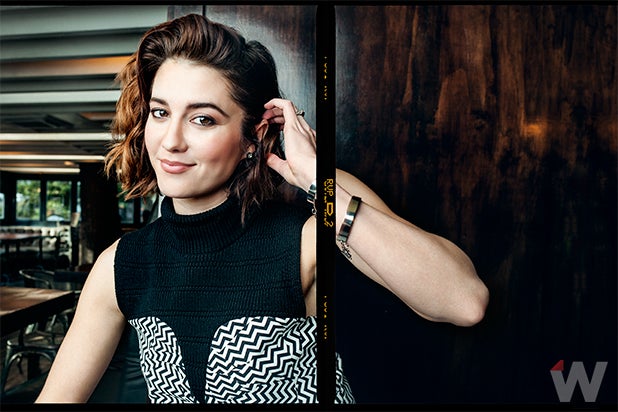 Mary Elizabeth Winstead is no stranger to big screen comic book adaptations, having played Ramona Flowers in Edgar Wright’s 2010 cult hit “Scott Pilgrim vs. the World.” She has also portrayed her share of strong female characters in titles including FX series “Fargo” and 2014 biographical crime drama “Kill the Messenger.” Winstead’s new role as Huntress in Warner Bros.’ upcoming female-led “Birds of Prey” is a completely new and different story, though.

“I’m going to start training, and I’ll be learning how to shoot a bow and arrow, too — which is new for me,” Winstead told TheWrap during an interview for her latest film, a dramedy called “All About Nina,” in theaters this weekend.

TheWrap reported earlier this week that Winstead, along with Jurnee Smollett-Bell (“Friday Night Lights”), have been cast in the Margot Robbie-led DC anti-hero team-up “Birds of Prey.”

Winstead is playing Helena Berinelli, also known as The Huntress. Created by writer Joey Cavalieri and artist Joe Staton in 1989, Bertinelli is the third DC Comics character to use the name Huntress. Once a mafia princess whose family was killed in a mob hit, she eventually becomes a vigilante bent on taking down the mob in the name of Justice. Operating out of Gotham City, she’s typically an uneasy ally of Batman, and even briefly operated as Batgirl. The character also had a recurring spot on The CW’s “Arrow,” where she was played by Jessica De Gouw.

“I can’t say that I was a huge comic book reader,” Winstead told TheWrap. “But when I met with Cathy Yan, who’s directing the film, and learned kind of the back story of the character, I was really interested,” added the actress. “It’s a really strong, kind of emotional place to start from for a superhero character. I won’t go into too much detail now, but I think it’s interesting and an opportunity to do something cool with this kind of character,” she said.

In “Birds of Prey,” Winstead will be joined by Smollett-Bell playing Black Canary, Robbie, reprising her “Suicide Squad” role as Harley Quinn.

One other actress has yet to be cast as Renee Montoya, a Gotham City homicide detective. The character in the comics is a lesbian and Warner Bros. has been eyeing Justina Machado (“One Day at a Time”) and Roberta Colindrez (“Vida”) for the part.

Yan, who is helming the project, is best known for writing and directing her feature debut “Dead Pigs,” which took home the World Cinema Dramatic Award for Ensemble Acting at Sundance earlier this year.

The screenplay for “Birds of Prey” is being penned by Christina Hodson, who is also writing “Batgirl.”

Winstead said she’s excited to get a chance to work with so many women on “Birds of Prey.” With such heavy female involvement, the film will certainly look to capitalize on the success of Warner Bros.’s 2017 hit “Wonder Woman.”

Also Read: 'Birds of Prey' Screenwriter on Post-#MeToo Climate: 'Now Everything Has Shifted'

“It’s really exciting, and even the process of going through getting the role and everything was a very different experience than I’ve typically been through,” Winstead said. “Being with the other actresses and a female director and just the whole energy behind this is so unique, so I’m really happy about that.”

Winstead is repped by WME and just wrapped filming on Paramount’s “Gemini Man,” which she stars in opposite Will Smith.

Her most-recent film, The Orchard’s “All About Nina,” follows a provocative female stand-up comedian (Winstead), whose career is taking off, but whose personal life, which harbors a troubled past, is a near-complete disaster. It hits theaters on Friday.