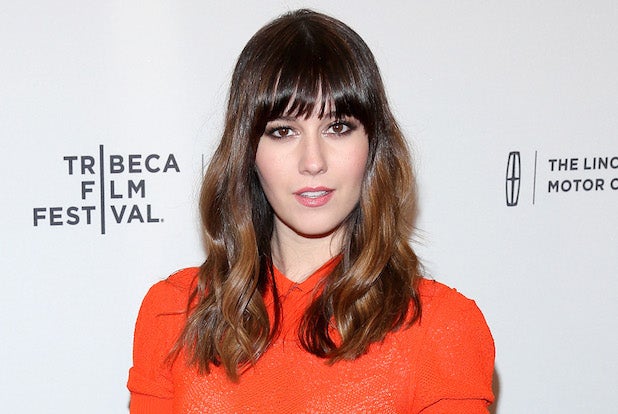 Two years after first revealing that she was working on music with Deltron 3030’s Dan the Automator, Mary Elizabeth Winstead says that the full length debut album of their band Got a Girl has finally been printed.

“I feel like I’ve been crying wolf for so long, saying ‘It’s coming up, it’s coming up!'” the actress told TheWrap this weekend in New York, where she’s debuting her new film “Alex of Venice” at the Tribeca Film Festival. “Dan has so many other projects so it kind of got lost in the shuffle for a while, he’s on tour right now with Deltron. But we finally have product, we did manufacture vinyl. Now it’s official that we have stuff. It’s supposed to come out in June.”

After a pause, Winstead added with a laugh, “I don’t know if it’ll stick to June, but at least it’ll be out.”

The album will follow the release of Got a Girl’s first single, “You & Me,” last summer. It’s a warm, French-pop inspired tune, and the album — which was originally mentioned as a January release — will follow much in the same vein.

“It was sort of like an extension of acting in a lot of ways, especially because it was a specific idea that we were going for,” she said. “I love it, it’s the kind of music that I love, but if I was to make music on my own without Dan, it might be a totally different thing. Vocally what I do here is kind of a character, as opposed to how I just sing every day. Even lyrically it was this character that we created. It was almost like writing film and having a character but just doing it musically.”

Winstead has been acting since childhood, but music is a more recent endeavor; she sang a little tune for Quentin Tarantino‘s “Grindhouse,” and performed live with Dan the Automator in 2012. Being in a band, she said, was never her original ambition, but has been an eye-opening exploration.

“I always loved singing and I always hoped that I could do a Broadway show one day or a movie musical, but I never thought I’d do an album because I thought my only opportunity would be a cheesy actress/singer pop album or something,” she explained. “I just never thought of myself as a songwriter, and so I didn’t really think I would go that way. And then doing this really forced me, the first time I did it he was like, ‘Write something and I’ll tell you if it’s shit or not. If it’s shit, we won’t do any more. If it’s good, we will.’ And then he was like, ‘Well, it’s not shit, so let’s do some more.’ So it was a really cool discovery of, yeah I can do this and this musician that I really respect say it’s good enough to make an entire album worth.”