The reboot of Norman Lear’s “Mary Hartman, Mary Hartman” will be on TBS, which is developing a new version of the classic sitcom starring “Schitt’s Creek” alum Emily Hampshire.

Hampshire will co-write and executive produce along with “Letterkenny” creator Jacob Tierney, who would serve as showrunner. Lear would be a producer as well, via his and Brent Miller’s Act III Productions.

“The kick of kicks as I turn 99 today is learning that TBS is developing ‘MHMH’ and will allow us to make a new version of it starring Emily Hampshire,” Lear said. “As someone who believes his 99 years on this planet is owed to the amount of laughter he enjoyed through the years, here’s to the next 99. Bless you all!”

The reboot is from Sony Pictures TV. 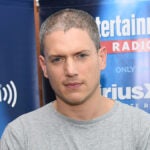 Hampshire takes over the role originally played by Louise Lasser, who earned an Emmy nomination for her performance. The original series, which aired from 1976-77, was a groundbreaking send-up of soap operas and a subversive look into America’s media and consumer culture.

The updated version stars Hampshire as a small-town woman who feels like a nobody in every aspect of her life until she suddenly becomes a “verified” social media somebody. The remake will update the original series’ satirical look at consumer culture for today’s social media world, where “America’s Typical Consumer Housewife” has now become the product consumed after her nervous breakdown goes viral.

Hampshire is best known for her role as Stevie Budd on Pop TV’s “Schitt’s Creek,” which ended its six-year run in 2020. She also previously starred in Tierney’s “The Trotsky” and has appeared in other projects with Tierney, including “Good Neighbors” and “The Death and Life of John F. Donovan.”