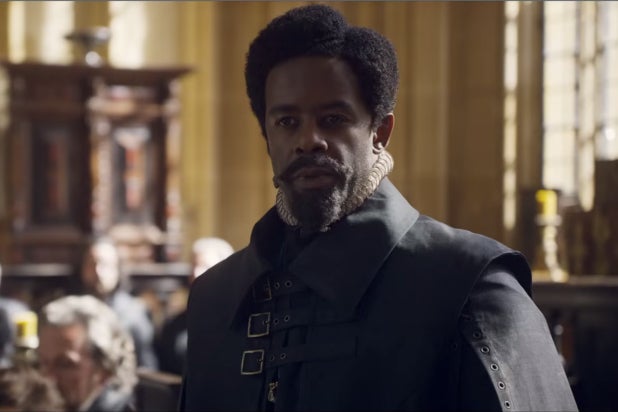 “Mary Queen of Scots” is director Josie Rourke’s historical retelling of one of the most fraught and interesting periods of the Elizabethan era. But how much of it is fact and how much is fiction?

The film, which is written by Beau Willimon (“House of Cards”) and based on a book by John Guy, stars Saoirse Ronan in the titular role as Mary Stuart and Margot Robbie as her cousin, Queen Elizabeth I. It also showcases a number of actors of color in prominent roles in both Mary’s and Elizabeth’s courts, including decorated Shakespearean actor Adrian Lester, who is black; he portrays Elizabeth’s ambassador to the Scottish court, Lord Thomas Randolph.

Rourke told TheWrap that colorblind casting a period drama was important to her, because of the many years black and other people of color were left out of such portrayals and films.

“I was really clear, I would not direct an all-white period drama,” Rourke said. “Adrian, who plays, Lord Randolph, grew up 40 miles from the birthplace of William Shakespeare; he is one of our eminent Shakespearean actors. I needed to cast an ambassador who could move between the two courts and help this make sense. I don’t understand why you wouldn’t cast him.”

There were people of color in England during that time. According to the U.K. national archives, Elizabeth would have employed black servants and musicians, and even had a black chambermaid, though seeing a person of color as high up as Lord Randolph would have been improbable. Rourke said, however, that she didn’t see any reason that these actors couldn’t play these prominent roles in “Mary Queen of Scots.”

There is also the part of David Rizzio, who plays a major role both in history and in the film. Rizzio was an Italian-born courtier who served as private secretary and was a confidante to Mary. In “Mary Queen of Scots” he is portrayed by Puerto Rico-born actor Ismael Cruz Córdova (“Ray Donovan”). Rizzio was murdered by Mary’s husband and a group of lords, having convinced Lord Darnley that Rizzio and Mary’s close relationship was the summation of adultery.

British actress Gemma Chan (“Crazy Rich Asians”), who is of Chinese decent, also plays a prominent role in the film as Bess of Hardwick, who accumulated wealth and power during the Elizabethan era, both from her close proximity to Queen Elizabeth and having survived four marriages. In “Mary Queen of Scots,” she is a confidante of Queen Elizabeth, arranging a meeting between her and Mary, and later assuming the role of Mary’s keeper during her captive days.