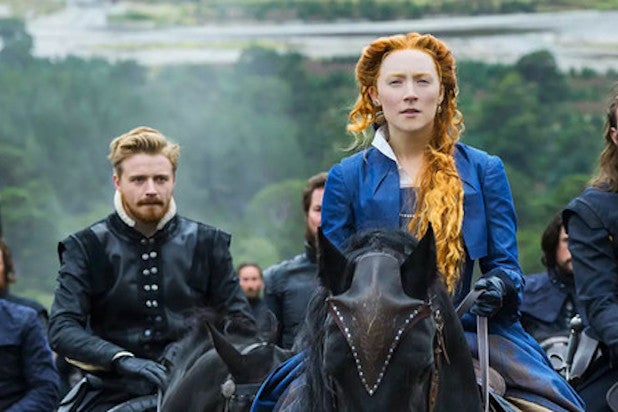 Focus Features announced Wednesday that it is giving Josie Rourke’s Elizabethan biopic “Mary Queen of Scots” a December 7 release, right in the middle of awards season.

The film stars two of this year’s Best Actress Oscar nominees, Saoirse Ronan and Margot Robbie, who will respectively play Mary Stuart and her cousin, Queen Elizabeth I. It follows Mary after her husband, the French monarch Francis II, dies when she is 18. Defying demands that she remarry, she returns to her native Scotland to become Queen there, only to find that it has fallen under Elizabeth’s rule. In a world dominated by men, the two cousins vie for control of England’s throne, setting off a chain reaction of rebellion and conspiracy.