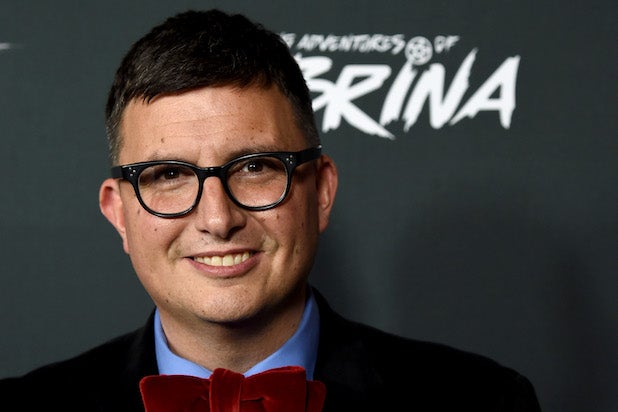 “Riverdale” and “Chilling Adventures of Sabrina” creator Roberto Aguirre-Sacasa has another dark project in the works, this one is centered on a young Mary Shelley and is headed to the upcoming streaming service HBO Max.

“The Shelley Society,” a pilot co-created by Aguirre-Sacasa and “Riverdale” writers Tessa Leigh Williams and James DeWille, has been ordered at HBO Max, a representative for the platform tells TheWrap.

Here’s the logline for the show, which is described as “a Victorian ‘X-Files'” and produced by Warner Bros. Television: Young author Mary Shelley leads a band of Romantic outlaws–among them, her lovers Percy and the Lord Byron–against all manner of supernatural threats and monsters…including Shelley’s own iconic Creature.

Aguirre-Sacasa, who is currently showrunner on The CW’s “Riverdale” and its upcoming spinoff “Katy Keene,” as well as Netflix’s “Sabrina,” would also showrun “The Shelley Society,” should it be ordered to series. Aguirre-Sacasa is also the COO at Archie Comics.

Separate from the HBO Max pilot, Aguirre-Sacasa is teaming up with Greg Berlanti’s Berlanti Productions — which produces “Riverdale,” “Katy Keene” and “Sabrina” — for “The Brides,” a reimagining of “The Brides of Dracula.” That project is created by Aguirre-Sacasa under his overall deal with Warner Bros, but is not currently attached to a network or platform.

Deadline first reported “The Shelley Society” and “The Brides” news.