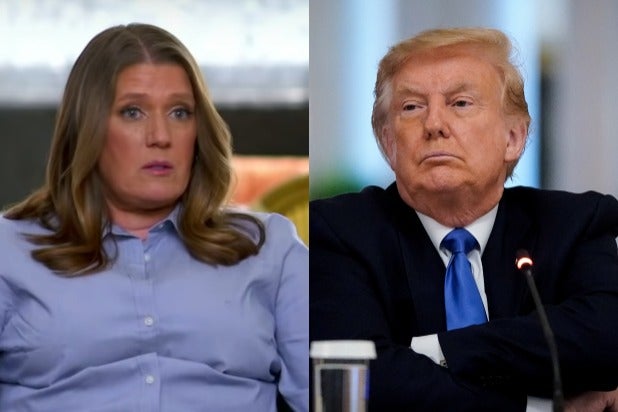 Her suit, filed in New York against the president and his sister Maryanne Trump Barry along with the estate of their late brother Robert Trump, claims the siblings denied her of her interests in the family real-estate business.

She said in the suit, reviewed by TheWrap, that “fraud was not just the family business–it was a way of life.”

“Beginning in the 1980s, these siblings took control of the New York City real estate empire that their father Fred Sr. had built, and exploited it to enrich themselves at the expense of everyone around them. They concocted scheme after scheme to cheat on their taxes, swindle their business partners, and jack up rents on their low-income tenants,” says the complaint.

It goes on to say Mary Trump is also a “victim” of the siblings, though one “closer to home.”

It says, “Mary’s father, and their brother, Fred Trump Jr., died in 1981 when Mary was just sixteen years old. Upon his death, Mary inherited valuable minority interests in the family business. Donald, Maryanne and Robert committed to watch over her interests as fiduciaries. They lied. Rather than protect Mary’s interests, they designed and carried out a complex scheme to siphon funds away from her interests, conceal their grift, and deceive her about the true value of what she had inherited.”

A lawyer for the president did not immediately return a request for comment.

This is not the first legal entanglement related to her family that Mary Trump has found herself in. In July, a judge denied the Trump family’s request to block Mary Trump, the president’s niece, from publishing her upcoming tell-all book and has lifted the temporary restraining order on her, paving the way for Mary Trump to speak openly about her book and family.

“Notwithstanding that the Book has been published and distributed in great quantities, to enjoin MARY L. TRUMP at this juncture would be incorrect and serve no purpose. It would be moot,” Justice Hal Greenwald wrote, denying the late Robert Trump’s request that Mary Trump be barred from disclosing “any descriptions or accounts of [her] relationship with Robert S. Trump, Donald Trump, or Maryanne Trump Barry.”