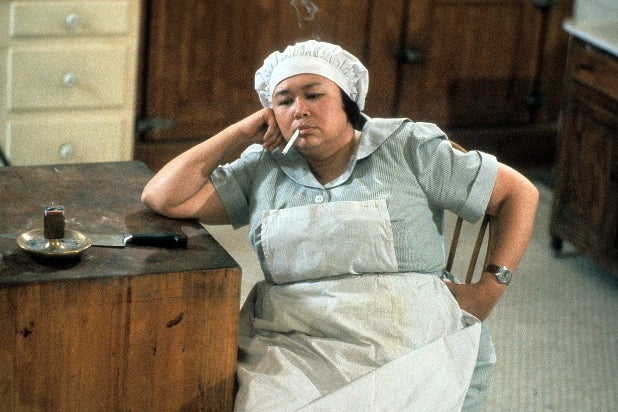 Kellye Nakahara, the actress known for playing Nurse Kellye on the long-running sitcom “M*A*S*H,” has died. She was 72.

Her death was confirmed on the Facebook page for her art studio, Kellye Wallett Studio.

“Yesterday we lost one of the most beautiful souls on earth. We will miss you so much Kellye!” the post reads, along with a photo with her husband, David Wallett, whom she married in 1968, and their daughter, Lani. She is also survived by her son, William.

Nakahara’s family told TMZ that the actress and painter passed away peacefully after a short battle with cancer at her Pasadena home on Sunday.

She was born on the island of Oahu, Hawaii, and moved to San Francisco, Calif. to pursue art. She ended up acting on “M*A*S*H” for almost the show’s entire run from 1973 to 1983, playing the role of Lieutenant Nurse Kellye.

In addition to the classic army-medical series, which ran for ten years on CBS, Nakahara also acted in the 1985 film “Clue,” the 1995 film “Black Day Blue Night,” and the 1998 “Doctor Doolittle” film. Her other television credits have included “Little House on the Prairie,” “Growing Pains,” “NYPD Blue,” “Sabrina the Teenage Witch,” “The Wild Thornberrys,” “Crisis Center,” “Dream On,” “Hunter,” “Otherworld,” “Matt Houston,” “At Ease,” and “Kolchak: The Night Stalker.”