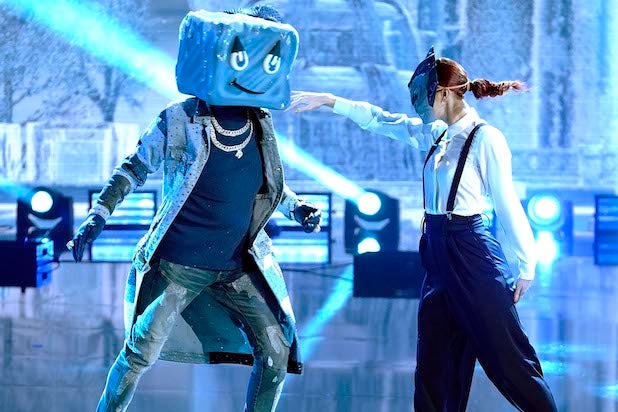 (Warning: This post contains spoilers for tonight’s “The Masked Dancer.”)

“The Masked Dancer” revealed Bill Nye, everyone’s favorite science guy, to be “Ice Cube” at the end of its second episode Wednesday. Though the ’90s icon only ended up performing once on “The Masked Singer” spinoff series, which was taped under COVID-safety guidelines amid the pandemic, Nye told TheWrap he took the responsibility of keeping his short-lived participation under wraps very, very seriously. And that’s because secret-keeping is in his bones.

“My mother was one of the women who was good at math and science, recruited by the Navy to break the Enigma code, the German military code, during World War II,” the celebrity engineer said. “My family values secret-keeping, which was considered a life skill, like using your knife and fork properly. It is something we were brought up with. So with respect, I didn’t have that much trouble keeping a secret.”

Nye explained that his mother, Jacqueline Jenkins-Nye, was recruited by the Navy as one of its “code girls” after graduating from Johns Hopkins University’s sister school, Goucher College.

Also Read: 'The Masked Dancer' Unveils Another Celebrity Contestant: And the Ice Cube Is...

“Understand that people of my mother’s age would socialize at cocktail parties, that was their thing,” Nye said. “Nowadays, people talk about going to bars and stuff, but in those days, they went to each other’s houses [to] sit around and talk. People would ask my mother, ‘What did you do during the war, Jackie?’ And she would say, ‘I can’t talk about it!’ and would laugh. Because people of that age all had some experience with World War II. So, ‘I can’t talk about it! Ha ha!’ They had a reunion in 1992, 50 years after they’d been sworn to secrecy. There were seven ladies at this thing that were still alive, and they still wouldn’t talk about it. They just don’t feel comfortable talking about it.”

Nye added, “I was brought up keeping secrets and I’ve kept this a secret.”

But Nye had to go to great lengths to do so, lying to his neighbors about making appearances on CNN and then changing into his regulation, all-black “Masked Dancer” taping disguise while he was driving over to shoot the Fox series.

“I would put on a sport coat and a tie to get in the car and tell my neighbors, ‘I’m going to CNN to talk about the pandemic.’ And that was reasonable to them,” Nye said. “Then in the car, I would change into the black suit, and that was physically difficult in the backseat of the car. At stop lights, unbuckling, changing some stuff, buckling back up, the car goes. It was fun, but it was seriously a lot of twisting around in the backseat. But it’s fun! You’re pulling something over on someone.”

Nye’s friends and family — and his “swing dance” community friends — will find out for the first time tonight about his “Masked Dancer” stint, during which he danced to Postmodern Jukebox’s cover of Lady Gaga’s “Bad Romance” while dressed as an Ice Cube.

And if you were wondering how Nye managed to balance that cube on his head while shuffling around, the answer is, well, science.

“We messed with the mask and we moved some features of the mask around to put it in a better balance,” he said. “We actually added weight to make it easier to wear. We didn’t add 10 pounds, just a little bit.”