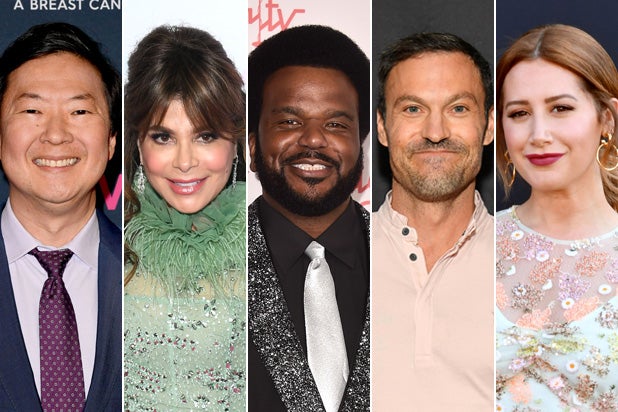 All you fans of figuring out the whosungit mysteries on Fox’s “The Masked Singer” will have a chance to decipher whodancedit this December, when the broadcast network premieres “The Masked Dancer.”

Craig Robinson will host the new wacky dancing competition, which is inspired by a segment from “The Ellen DeGeneres Show,” which is actually a parody of the highest-rated show on broadcast TV. Serving as panelists on “The Masked Dancer” are “Masked Singer” judge Ken Jeong, Paula Abdul, Brian Austin Green (who just competed on Season 4 of “The Masked Singer”) and Ashley Tisdale.

Per Fox, “‘The Masked Dancer’ will feature celebrity contestants shaking their tail feathers, while covered from head-to-toe in elaborate costumes and face masks, leaving audiences to guess their identities. Costumed celebrities will be joined on stage by masked partners and back-up dancers, as they perform a series of dances together; spanning from hip-hop to salsa, jazz to tap dancing and more. When it comes to dance styles, the sky is the limit. Each week, a series of clues will be sprinkled throughout packages, costumes and routines, leading the panelists one step closer to figuring out which famous faces are freestyling behind the masks.”

The network plans to announce the show’s guest judges and its premiere date soon.

“We’ve begun filming ‘The Masked Dancer’ with incredible new talent on both sides of the mask, and can’t wait to share the series with viewers,” Rob Wade, president of alternative entertainment & specials at Fox Entertainment, said. “Craig Robinson is hilarious as always in his role as host, and Ken, Brian, Ashley and Paula are the perfect blend of personalities to lead our awesomely weird world of masks into a whole new genre!”

“The Masked Dancer” is produced by Fox Alternative Entertainment and Warner Bros. Unscripted & Alternative Television and is based on the South Korean format, “The Masked Singer,” created by Mun Hwa Broadcasting Corp. James Breen, Craig Plestis, Dan Martin and  DeGeneres are executive producers of the series. Breen will serve as showrunner.