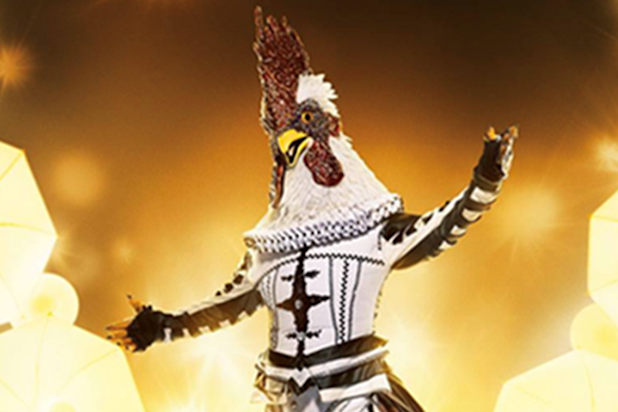 “The Masked Singer” is taking its upcoming fifth season very seriously, adding multiple new elements to the show’s format ahead of its big return, like a prediction contest allowing fans to win cash prizes. And the latest game-changer is the introduction of the Fox singing competition’s first-ever “clue-meister,” a costumed celebrity who is not a contestant, but will make regular appearances on the show to hand out new clues about the masked singers’ identities.

The name of this newbie is Cluedle-Doo (pictured above). And to be be extra clear here, Cluedle is not a contestant, they are a “Masked Singer” Season 5 character who interrupts the show and gives out new clues.

But, like the actual competitors, whichever celebrity is underneath the rooster mask will be revealed during the season.

Fox revealed last week that it will start Season 5 with 10 scheduled contestants, who will be broken into two groups of five competitors (Groups A and B). So far the ones we know include Phoenix, Grandpa Monster, Chameleon, Russian Doll, Black Swan, Piglet and Porcupine.

To get your first glimpse at what the competition is like this season, you can watch the Russian Doll contestant’s performance of Lady Gaga and Bradley Cooper’s “Shallow” here.

In addition to those 10 contestants, Fox said that throughout the season the show will be introducing “several” surprise contestants at the end of episodes in “Wildcard” rounds, giving these crashers a chance to unseat the regulars.