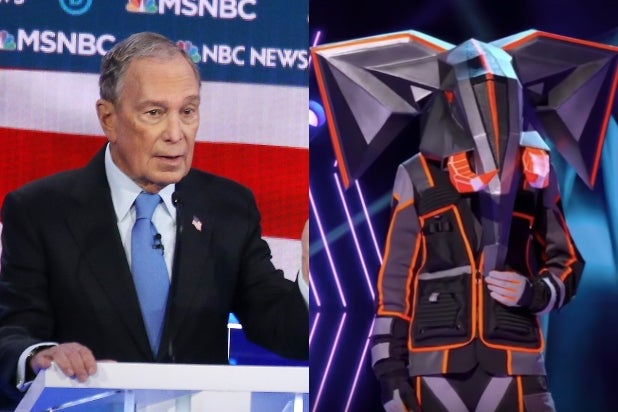 Mike Bloomberg’s Democratic Debate debut faced off with Fox’s “The Masked Singer” on Wednesday. Who won depends on how — and possibly when — you look at it.

First, a disclaimer: Due to the nature of live coast-to-coast television, the below Nielsen numbers for NBC should be considered subject to significant adjustment. We’ll get final numbers in a few hours.

For now, it’s Fox on top in the key demo and NBC No. 1 in total viewers.

Also Read: 'The Masked Singer': Why the Elephant Turned Down the Taco Costume

See how close those primetime averages are in the key demo? The margin is razor thin, so it’s very likely that NBC will overtake Fox among adults 18-49. In terms of total viewers, NBC’s domination isn’t changing.