Fox’s unscripted studio has signed Wonwoo Park, the creator of the original “The Masked Singer” format, to an exclusive first-look development deal, which will include development of a U.S. version of another smash-hit Korean singing competition, the broadcast network said Thursday.

Under terms of the agreement, Fox Alternative Entertainment and Park’s Seoul-based production company, dI turn, will develop series for global territories and the U.S. market, with the first being the popular Korean talent-competition series “Lotto Singer,” in which viewers can win cash prizes by correctly betting on contestants’ performances, per Fox.

“Lotto Singer” was created by Park and comes from Seoul Broadcasting System’s content hub FormatEast. The show aired on South Korea’s MBN last year, when it garnered the network’s highest viewer rating of 5.2%, according to Fox. 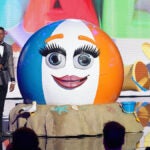 Also Read:
‘The Masked Singer’ Cuts Surprise 2-Faced Contestant: And the Beach Ball Is These Celebs…

“Thanks to the creative genius and vision of Wonwoo Park, the success of ‘The Masked Singer’ and the impact it has had on Fo and numerous other networks throughout the world cannot be understated,” Allison Wallach, executive vice president and head of Fox Alternative Entertainment, said. “Wonwoo’s ability to identify and develop concepts that are unique in premise and universal in appeal makes him one of the most innovative producers in the business, and we are excited to see where this partnership will take us.”

Park, who recently exited his first-look deal at Universal Television’s unscripted studio, added: “Korea had long been an unnoticed market, but over the last few years formats such as ‘The King of Masked Singer’ have been sold all over the world.  Many K-pop singers are massively popular around the world, and Korean production companies clearly have the ability to produce high-efficiency programming.  I expect this collaboration with Fo to create more hits; and our team here at dI turn is ready.”

Park, who is CEO of dl turn and has been a series writer, creator and producer since 1997, created “The Masked Singer,” which is currently in its sixth season on Fox and ranks as the United States’ No. 1 primetime entertainment series. Since its 2019 premiere in the U.S.,”The Masked SInger” has been formatted in more than 60 countries, including the United Kingdom, Mexico, Germany, Australia, Brazil, Israel, Norway, Italy and others.