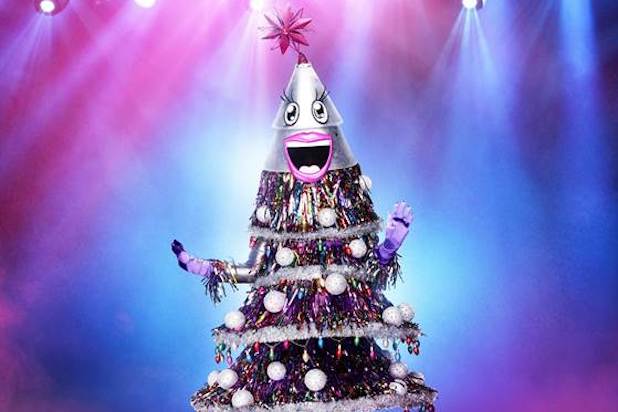 Fox is giving you an early Christmas present in the form of two episodes of “The Masked Singer” the week of Dec. 9, one of which is going to be the singing competition’s holiday-themed semifinals.

On Tuesday, Dec. 10, “The Masked Singer” will air on a special night at 8 p.m. That hour will feature the six remaining contestants competing together for the first time, with one celebrity unmasked, according to Fox.

The following night, the show will air in its usual Wednesday at 8 o’clock time slot. Here’s the description for that episode: “Merry Maskmas! Two celebrities will be unwrapped in the special holiday-themed semifinals episode.”

Also Read: 'The Masked Singer': Black Widow and Penguin Reveal the Songs They Never Got to Sing

A week later, we will arrive at the moment you’ve all been waiting for, the Season 2 finale. And by now, you know how this works: The three finalists will compete for the golden trophy and all three will be unmasked by the end of the episode, when one is declared the winner.

Now we’ll rewind a bit to remind you where we’re currently at in the season. Tomorrow night, the nine remaining Season 2 contestants will compete, including The Flower, The Leopard, The Flamingo, The Butterfly, Thingamajig, The Rottweiler, The Ladybug, The Fox and The Tree.

And jumping ahead with a little more news, next week, Triumph the Insult Comic Dog will join the show as a guest panelist for the Nov. 20 episode.