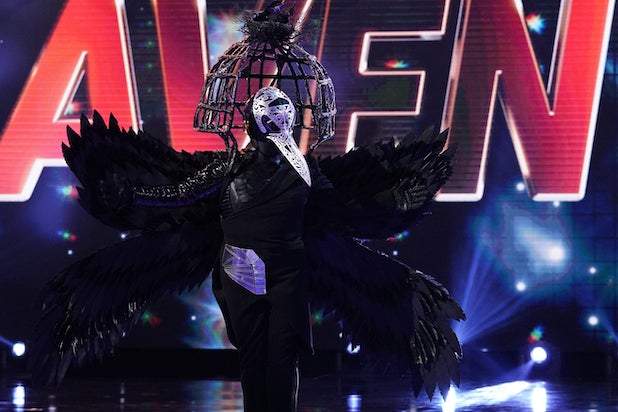 (Warning: This post contains spoilers for last Wednesday’s premiere of “The Masked Singer”)

If you tuned in for the debut of Fox’s wacky new celebrity singing competition series, “The Masked Singer,” then you already know Antonio Brown is Hippo — but you don’t yet have confirmation on the identities of Deer, Peacock, Monster, Unicorn and Lion. (You also aren’t at all confused by the sentence we just wrote, as insane as it may have sounded.)

Rest assured, over the course of the show’s first season, you will learn who is donning those five disguises, along with the six new ones you’ll be introduced to tonight when the second episode of the already-hit game show (adapted from a popular South Korean format) airs.

But “Masked Singer” showrunner Izzie Pick Ibarra tells TheWrap she is really hoping you don’t figure out who is who until host Nick Cannon unmasks the talent in front of panelists Ken Jeong, Jenny McCarthy, Nicole Scherzinger and Robin Thicke, seeing as they went to such great lengths to keep everything under wraps during filming.

Though that’s not to say there weren’t a few incidents that made her nervous.

“Yes, yes, there were a few close calls, actually,” Ibarra told TheWrap in an interview ahead of tonight’s episode. “There was a brilliant one — I won’t give away who it is, obviously — where the panel was very convinced they knew who one of the singers were, and then that singer turns up to rehearsal wearing denim, cutoff shorts and then therefore, basically, totally nixing the guess that the panel was convinced that person might be, just because of their skin color.”

“But we did manage to get the panel out of the rehearsal space,” the EP continued. “I don’t know that they actually saw. I don’t think that they did, but the rest of us were just all having a kind of meltdown as we went through production.”

Though a “meltdown” over something like that might seem extreme to you, it’s a little more understandable once you hear Ibarra explain how extreme the precautions were surrounding secrecy.

“Just so you know, the levels in which we went to to protect the identity of the singers was kind of FBI in my mind — it obviously wasn’t (laughs). But in my unscripted television mind it was. We never, ever, ever called anybody by their names. The singers themselves were ostracized to such a degree that they weren’t allowed to talk to anybody else on the set. They had offstage masks that they had to wear.”

Ibarra told us that she realized this new way of living (at least on set) might be difficult for some of the famous participants, so she wrote them a note to let them know she understood their (possible) pain.

“I sent all of them a letter before they started to say, ‘You’re not going to be treated in the way you are used to being treated by us, because our team don’t know who you are. So don’t get upset and don’t feel lonely, and ostracized, and on your own. And if you do need a hug at any point, please let me know. But essentially, nobody knows who you are, all they will call you by is your costume name.'”

“And I think for some of them that was great, and they loved it,” she added. “And other people found it really difficult to not have any kind of, I suppose, you know, reverence from everybody around them. So I think it was kind of an unusual experience for them.”