Fox used its 2019 Emmys red carpet show on Sunday to showcase the attire of one gorgeous star — and we’re not talking about any of the actors or actresses up for a golden lady statuette tonight.

During the network’s 71st Primetime Emmy Awards pre-show, viewers were introduced to The Ladybug, another one of the costumed contestants competing on the second season of “The Masked Singer.” Readers can see a picture of the bug below, in all her red-black-and-gold ballgown glory.

Ladybug’s debut marks the 16th costume to be revealed ahead of the show’s Sept. 25 return, meaning we now have the complete lineup for the Fox celebrity singing competition’s second year.

The other masked contestants that were previously revealed to fans include The Penguin, The Panda, The Butterfly, The Egg, The Leopard, The Flamingo, The Skeleton, The Fox, The Eagle, The Ice Cream, The Tree, The Rottweiler, The Black Widow, The Flower and Thingamajig.

“The Masked Singer” Season 2 debuts with a special two-hour premiere on Wednesday, Sept. 25 at 8/7c on Fox. 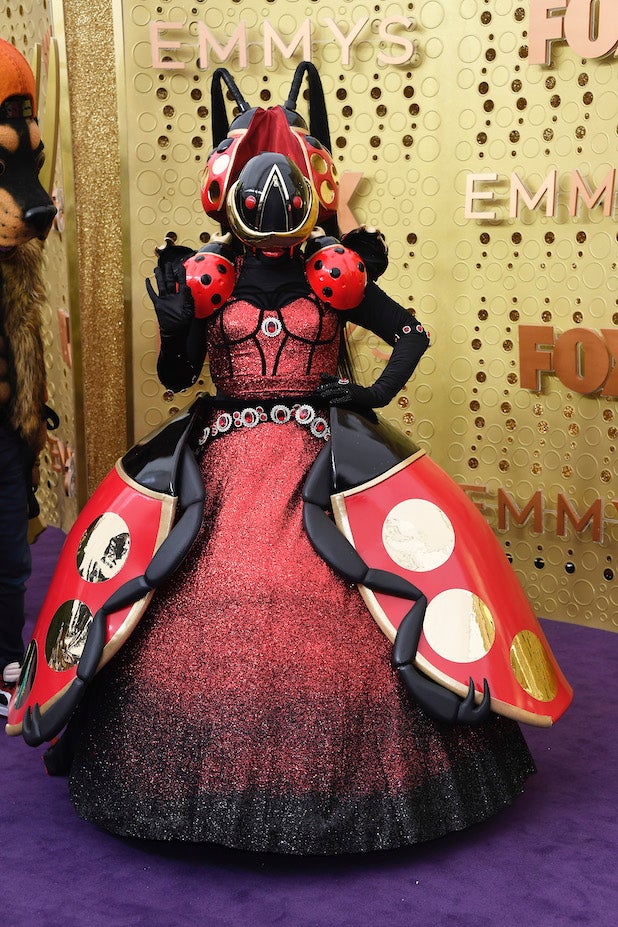