Fox’s most popular show is joining the tech world’s most current fad: NFTs. “The Masked Singer” is debuting its own NFT marketplace, dubbed “The MaskVerse,” on Wednesday.

According to Fox, “The MaskVerse” marketplace is designed to make buying, selling and trading of digital “The Masked Singer” goods — non-fungible tokens (NFTs) — more accessible and intuitive to mainstream consumers.

It will offer fans an exclusive NFT destination, www.maskverse.com, where they can build their own collection of limited-edition digital masks for every character from all six seasons of the series to unlock surprises and exclusive giveaways. 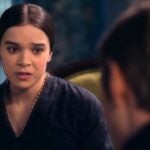 “The MaskVerse” will be rolled out in multiple stages, beginning today, when fans and collectors will be able to claim a free NFT of “Miss Masky,” “The Masked Singer’s” digital mascot that appears both on air and across social media. Throughout this season, “The MaskVerse” will release, or “drop,” Mask Packs that include character cards and will unlock a marketplace for fans to purchase and sell cards to complete their sets, as well as additional premium and unique digital merchandise. Starting next month, fans and collectors will also be able to play a voting game to correctly predict which characters will be eliminated in each of the season’s final six episodes, to win the opportunity to buy Gold Mask packs that, when they complete a full collection, will have access to exclusive prizes.

“The MaskVerse” is Fox’s latest push into NFTs. The company has its own NFT company, Blockchain Creative Labs, which will be launched in conjunction with Dan Harmon’s new series “Krapopolis.” “Krapopolis” has the distinction of being the first-ever animated series curated entirely on the blockchain.