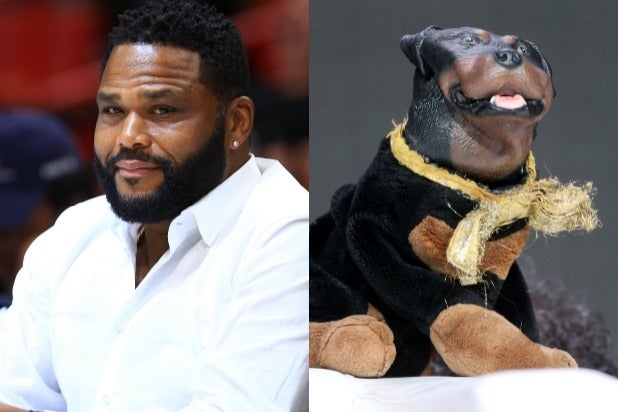 “The Masked Singer” has added Anthony Anderson and Triumph the Insult Comic Dog as guest judges for Season 2 of the oddball singing competition series, a Fox spokesperson told TheWrap.

The broadcast network also confirmed Season 1 guest judge Joel McHale will return to the table for the Nick Cannon-hosted show’s second year, which kicks off with a two-hour premiere on Sept. 25 following a sneak-peek special set for Sept. 15.

As Fox previously announced, T-Pain — who competed as The Monster on “The Masked Singer’s” first season and won — will also act as a guest judge for Season 2.

First-look teasers for the costumes of 14 of the 16 contestants who will compete on Season 2 have already been revealed by the network, including Panda, Butterfly, Egg, Leopard, Flamingo, Skeleton, Fox, Eagle, Ice Cream, Tree and Rottweiler, with the latter three being unveiled in a clip exclusive to TheWrap earlier this month. That video also featured the debut of Masked Singers that appear to be a spider and a rose — though Fox is still holding back the names of those particular contestants — and what we now know to be Thingamajig.

“The Masked Singer” Season 2 debuts with a special two-hour premiere on Wednesday, Sept. 25 at 8/7c on Fox.