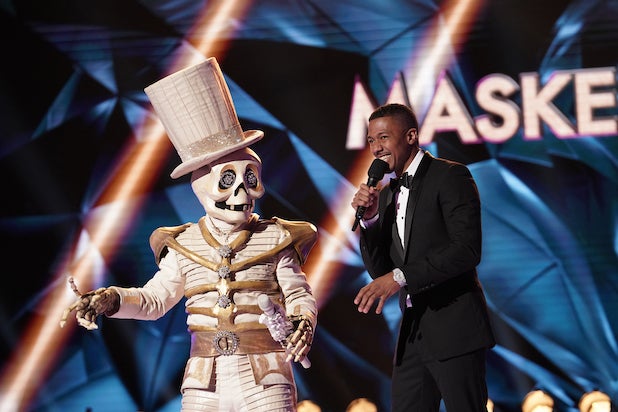 “The Masked Singer” returns to Fox with a supersized two-hour Season 2 premiere tonight. And though fans haven’t even watched the first episode of the celebrity singing competition’s second season — ’cause we’re not counting that sneak-peek special — the team behind the show is already looking ahead to the future, seeing as the smash-hit show was renewed for a third season back in May.

“We’re starting to prep for Season 3,” executive producer Craig Plestis, who developed the South Korean game show into its U.S. format for Fox, told TheWrap. “And you know, it’s a lot of learning what we did on Season 2 and building on that and also having some really big, unexpected surprises, especially in the Super Bowl episode.”

Also Read: 'Masked Singer' Premiere: Ken Jeong Thinks Egg Is a 'Queer Eye' Star - Everyone Else Does Not (Exclusive Video)

“I think what we have right now will blow America away when that happens,” Plestis added. “And it will be an organic evolution of everything you see here on Season 2. So everything is a building block and everything is kind of mapped out like a good puzzle. We have a roadmap overall of how we want to change things and make it better and fun and different from anything you’ve seen.”

Plestis’ endgame in all of this is to create a global competition for the adaptations of “The Masked Singer” that have premiered or are being developed in other countries, including the OG in South Korea, as well as the UK, Australia, Mexico, Greece, South Africa, Thailand and more.

“What I hope is three years from now we’ll still be on the air, knock on wood, and all these other shows will pop up and be successful as well and that we’ll eventually have a worldwide competition once a year a la ‘Eurovision’ of ‘the Masked Singer,'” Plestis told us. “And every country can bring one of their own masks and we’d make it gigantic and a world event once a year. But first we have to get through this couple seasons before we get to that (laughs).”

So what’s in store for Season 2 then? Well, for one, Plestis says panelists Jenny McCarthy, Ken Jeong, Robin Thicke and Nicole Scherzinger have upped their guessing game.

“They’re a lot better,” Plestis promised us. “But in truth, they have no clue at all. It’s like a military camp, is how we try to keep it. We keep all the secrets from them, and trust me, they want to know. They don’t want to look like fools to America. So trust me, they’re trying really hard. But we’re also trying really hard as producers to make it difficult for them to guess. And sometimes they do guess correctly, but there are many times that no one guessed at all.”

“And that goes to the power of our performers making it really difficult with the way they sing,” Plestis said. “It might be a very famous singer who is disguising their voice even when they’re singing. So you have to pay really close attention this season. The Masked Singers have really upped their game, as well as everyone else.”

The 16 contestants competing on Season 2 include The Egg, The Penguin, The Panda, The Butterfly, The Leopard, The Flamingo, The Skeleton, The Fox, The Eagle, The Ice Cream, The Tree, The Rottweiler, The Black Widow, The Flower, The Ladybug and Thingamajig.

“I can say truly there are some unexpected names that did this show this season that I still think, ‘I can’t believe they’re doing our show,'” Plestis said. “They’ve never been in another type of show like this ever and I could just never imagine them doing it. But it’s because of this feel-good nature of the show and wanting to challenge themselves and just try something new and different that you wouldn’t get from doing any kind of other reality show.”

“The Masked Singer” Season 2 premieres with a two-hour episodes tonight, Wednesday, at 8/7c on Fox.