Some very different guesses are made about the identity of “The Masked Singer” Season 6 contestant Hamster on Wednesday’s episode of the Fox singing competition, with three different exes of Jennifer Lopez’s being named, as well as a beloved “The Lord of Rings” star.

In TheWrap’s exclusive sneak peek from tonight’s hour of “Masked Singer,” which you can view above, judge Robin Thicke theorizes about who the rodent contestant might be, as Hamster stands before the panelists and host Nick Cannon.

“We also talked about maybe it’s from the ‘SNL’ crew and that he got to perform with a lot of his friends. We know that Adam Sandler always keeps a lot of his friends, one of them is Sean Astin, who was in ’50 First Dates’ and was also Samwise Gamgee,” Thicke says, referring to Astin’s fan-favorite character from Peter Jackson’s “LOTR” film franchise. 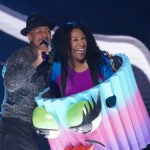 Also Read:
Ratings: ‘The Masked Singer’ Grows – but Not Enough to Take Down NBC’s ‘Chicago’ Lineup

But then the audience starts to boo — quite loudly — his guesses, and that shuts Thicke up: “Every half-sentence is a, ‘No! No! No! No!'”

Then it’s time for this week’s “Masked Singer” guest judge Leslie Jordan to make his best prediction, and he goes for Marc Anthony.

“But he’s tiny. He’s little like me,” the “Call Me Kat” actor said. “Or maybe it could be another one of Jennifer’s exes, like A-Rod. It could be A-Rod.” 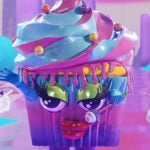 Also Read:
‘The Masked Singer’ Season 6 Reveals Another Competitor: And Cupcake Is…

Here’s the official description for tonight’s episode of “The Masked Singer,” which will feature the return of Hamster and fellow Group A competitors Bull, Skunk and Pepper, along with new Wildcard contestant Jester: