“Master of None” appears to be returning far sooner than anyone expected. Netflix just teased that the third season of the Aziz Ansari-led comedy will premiere in May.

See for yourself in the video below. Netflix gave no further details on the upcoming season, which does not have a specific premiere date. “Master of None” last aired in 2017.

The series, which is created, written by and stars Ansari, filmed its third season in London back in January. Ansari said shortly after the second season that he wasn’t sure if there would be a third season (he was also briefly caught up in his own #MeToo controversy when he was accused of sexual misconduct). 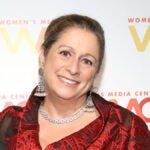 “I don’t know if we’re going to do a Season 3. I wouldn’t be surprised if I needed a looonng break before I could come back to it.” Ansari told Vulture back in 2017. “I’ve got to become a different guy before I write a third season, is my personal thought,” and “I’ve got to get married or have a kid or something. I don’t have anything else to say about being a young guy being single in New York eating food around town all the time.”