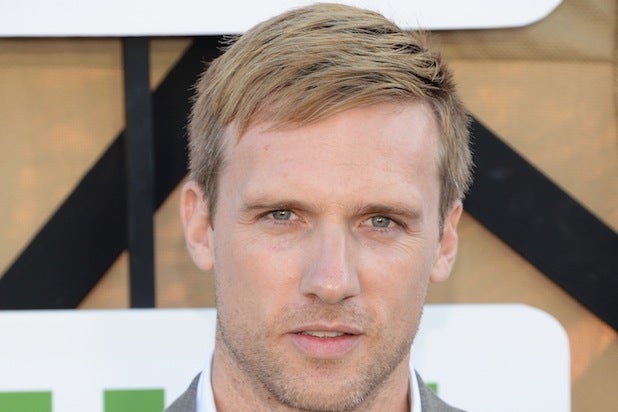 Teddy Sears, who currently stars on Showtime’s “Masters of Sex,” has landed the lead role opposite Julianne Hough in Blumhouse’s micro-budget horror-thriller “Curve,” which Iain Softley is currently directing, TheWrap has learned.

Universal Pictures will distribute the genre movie as part of its first-look deal with Blumhouse, which is coming off the micro-budget hits “The Purge” and “Insidious: Chapter Two.” Both films opened to more than $34 million at the domestic box office.

Also Read: ‘Homeland’ and ‘Masters of Sex’ Renewed by Showtime

Hough stars as a young bride-to-be who is trapped in her overturned car off a deserted highway after deliberately crashes it in an attempt to escape a charming, predatory hitchhiker (Sears).

Jason Blum is producing “Curve” through his Blumhouse Productions banner along with Julie Yorn, Jaume Collet-Serra and Juan Sola. J.C. Spink and Stephen L’Heureux will executive produce with Erik Olsen. Universal’s EVP of production Scott Bernstein will oversee the project for the studio.

Kimberly Johnson wrote the original script, which she developed with Collet-Serra while the Spanish filmmaker was shooting “Orphan.” Lee Paterson penned the most recent draft.

Sears is represented by APA and Sandy Erickson at Vic Ramos Management.

Softley, who directed “The Wings of the Dove” and “Hackers,” is repped by WME and Casarotto Ramsay & Associates.