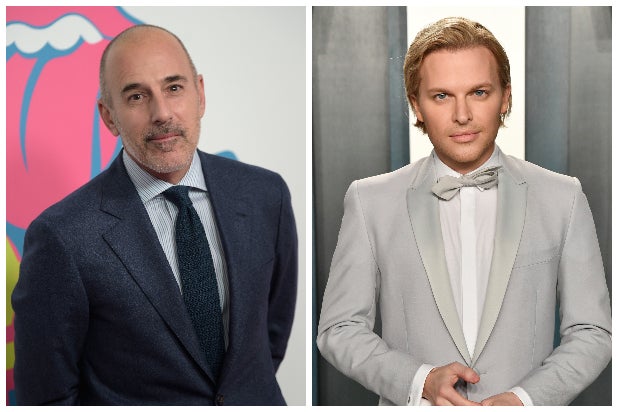 Matt Lauer, the former “Today” show host who was fired after several women accused him of sexual harassment and assault,  wrote a lengthy response on Tuesday to reporting about himself, accusing Ronan Farrow of publishing “flawed reporting and factual errors” in his 2019 bestseller “Catch and Kill.”

Lauer’s response, published as an op-ed on Mediaite, comes two days after the New York Times’ Ben Smith published a boldly titled media column that questioned Farrow’s journalistic prowess and suggested the Pulitzer Prize-winner had too often fallen prey to publishing pieces that met his own narrative, rather than sticking to what could be fact-checked and corroborated. (Farrow said he stands by his reporting.)

Picking up on the title of Smith’s column, Lauer’s op-ed — “Why Ronan Farrow Is Indeed Too Good to Be True” — takes aim at Farrow’s reporting into the accusation made by Brooke Nevils, a former NBC News producer who said Lauer raped her when she was too drunk to consent. Lauer repeats his denial of the accusation by saying it was “consensual” and takes issue with passages from “Catch and Kill” that he argues weren’t fact-checked properly. (In an editor’s note, Mediaite said its editors “independently fact checked the accounts of the four witnesses/subjects Lauer spoke with” and said all four individuals “confirmed in early February that Lauer’s account of their conversations was accurate.”)

Included in the piece are recollections of conversations Lauer says he had with individuals, many of them unnamed, that were referred to in the book — individuals whom Lauer claims Farrow never contacted as witnesses who could potentially corroborate or refute Nevils’ claims.

“All I’ll say on this is that Matt Lauer is just wrong,” Farrow tweeted in response to the op-ed. “Catch and Kill was thoroughly reported and fact-checked, including with Matt Lauer himself.”