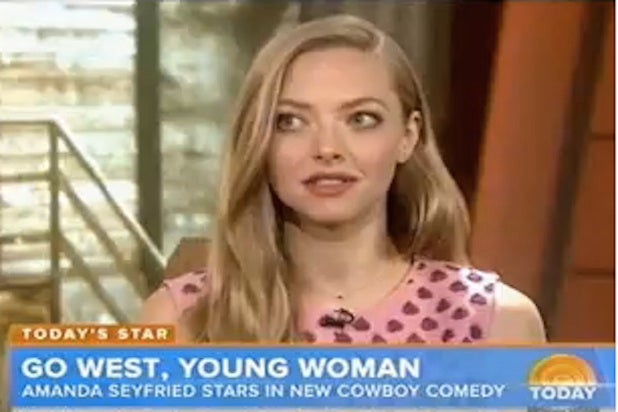 “How are you on facial hair?” Lauer said.

The “Today” show anchor was discussing how her boyfriend in “A Million Ways to Die in the West,” Neil Patrick Harris, runs a mustachery.

He quickly realized that question could be taken the wrong way.

“I don’t mean you personally,” he said. “How do you feel about guys with facial hair? Are you a mustache woman? Or a beard woman?”

Seyfried stammered for a moment before fully collecting her thoughts.

“I grew up with my dad having just a mustache,” she said. “I like hair,” she told the anchor. “I like a full-grown face. I’m into that. So it’s always sad when my boyfriend shaves.”

Also read: Jenny McCarty Called Out By Seth MacFarlane For ‘Million Ways to Die in the West’ Spoiler

Some people on social media were a little creeped out by the mustache question.

Matt Lauer just asked Amanda Seyfried if she was a “mustache woman” at 8:37 am.