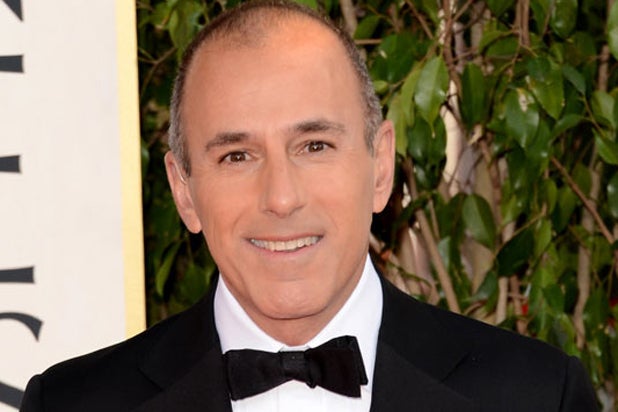 Matt Lauer is taking a few shots at a media that’s taken plenty at him in the wake of Ann Curry’s “Today” show departure.

In an interview with Esquire magazine, Lauer called reporters out for being lazy rumormongers, admitting that the last year or two at “Today” has been “incredibly frustrating and challenging” for him.

“The way the media treated what happened with Ann Curry was a disappointing learning experience,” Lauer said, referring to Curry being forced out of the “Today” co-host chair in June 2012. “I was disappointed by the laziness of the media, the willingness to read a rumor, repeat that rumor and treat it as a fact.”

Lauer said that he had no choice but to simply take it — inaccuracies and all.

“What were my options? Does anyone want to see a person who’s making the money that the newspapers say I’m making complaining, ‘Woe is me, my life is terrible, and people are being unfair’? No one would’ve had any patience for that. I wouldn’t have any patience for that. So you just shut up and go about doing your job and hope that people who know you well — your friends and your family — know what’s true.”

As for that salary, Lauer claimed that the media has never managed to get it right. “Over the course of 20 years that I’ve been at NBC, I have never seen the amount of money I make reported correctly by the media.” He did not specify what the correct number was.

Yet Lauer doesn’t regret anything, saying that the vast majority of his 20 years at “Today” have been “so unbelievably fantastic,” while only the last “one or two of those years [has been] incredibly frustrating and challenging.”

Also read: Savannah Guthrie’s ‘Today’ One Year Later: How Do the Ratings Stack Up to Ann Curry and Meredith Vieira?.

And he did point out one media story about him that he thought was “wonderful” — a “little blurb” about Lauer himself and how much the writer loved him: “At the end, the writer said, ‘So that’s why we love Matt Lauer. Of course, the day will probably come when we’re going to have to kick his ass.'”

“I never forgot that. Voilà.”