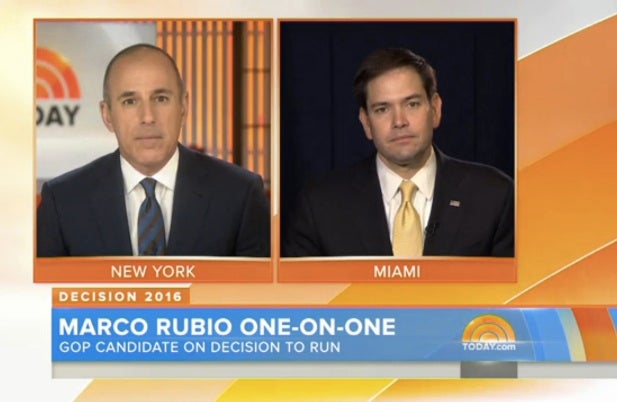 Rubio claimed there was a stark difference between he and Obama’s political experience, listing his previous roles before serving as a Florida Senator: serving in local government, state government and as the Florida Speaker of the House.

The Cuban American Senator also asked to whether he broke an unwritten rule by running when his mentor, former Governor Jeb Bush.

“Jeb Bush is my friend,” Rubio said, pivoting to his campaign line that he’s the best person positioned to help lead this country into the 21st century.

Conservative media agreed he is the most charismatic, articulate candidate on the Republican side; many liberal pundits and anchors also agreed that Rubio gives a good speech and has a good life story to captivate voters.