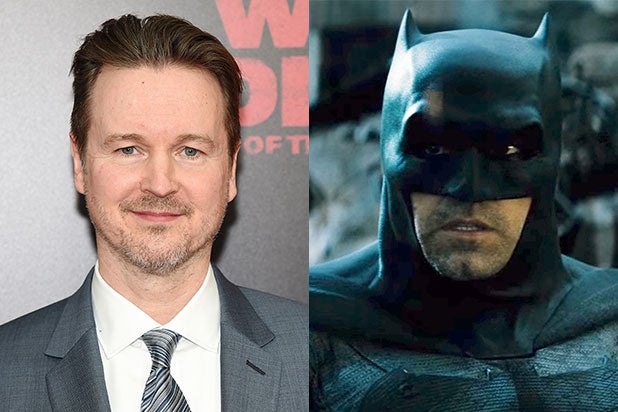 No, fanboys, Matt Reeves did not step down from writing and directing Warner Bros. “The Batman.”

Rumors and speculation swept across the internet like a distorted Bat Signal on Thursday. But an individual close to Reeves set the record straight.

“Not true,” the insider said. “He is writing away.”

The rumor seems to have begun when online movie pundit John Campea said in a YouTube video that he had heard “100 percent true” information about Warner Bros. and the DC Universe that would make people “lose their banana minds, and not in a good way.”

Some fans began imagining the worst — and the worst they could imagine was that Reeves might leave “The Batman.” Some pointed to his recent Netflix deal to suggest he is no longer committed to the project.

The film has been the subject of endless speculation — Reeves recently had to clarify that his “Batman” will be part of the DC Extended Universe that includes Superman, Wonder Woman, and the rest of the Justice League.

Campea has not responded to a request for comment.

The “Rise of the Planet of the Apes” tweeted last month that he is currently writing “The Batman.”

The filmmaker has previously said he set aside an original script written by Ben Affleck and DC entertainment president Geoff Johns, and is “starting again” on a completely new take. “No. It’s a new story. It’s just starting again. I’m excited about it. I think it’s going to be really cool,” Reeves told MTV’s Happy Sad Confused podcast last year.