The meeting of the Doctors is almost upon us.

Its new poster features three faces of the iconic role: the departing Matt Smith, his predecessor David Tennant and the upcoming John Hurt.

Hurt made his first appearance on the Season 8 finale as the Doctor’s biggest secret. It’s unclear what his role will be in the 50th Anniversary special, but Hurt described the role alongside Smith and Tennant as a “kind of trinity.”

We also know that Smith will make his last appearance as the Doctor before leaving the role, his character regenerating into the 12th Doctor, who will be played by Peter Capaldi.

Along with Tennant, Billie Piper reprises her role as the 10th Doctor’s companion, Rose Tyler, for the first time since they bid the series goodbye in 2010.

Take a look at the first poster from the special below: 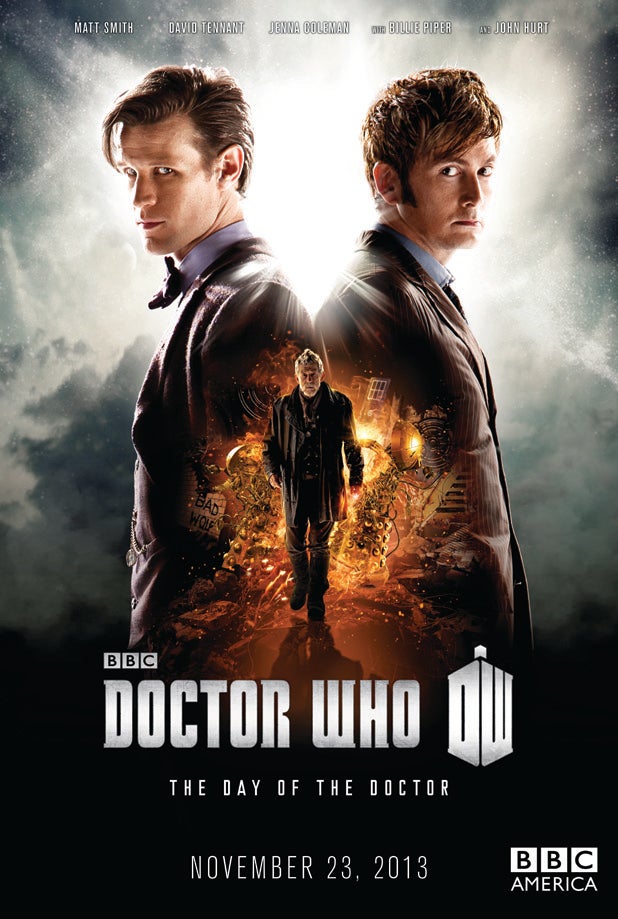