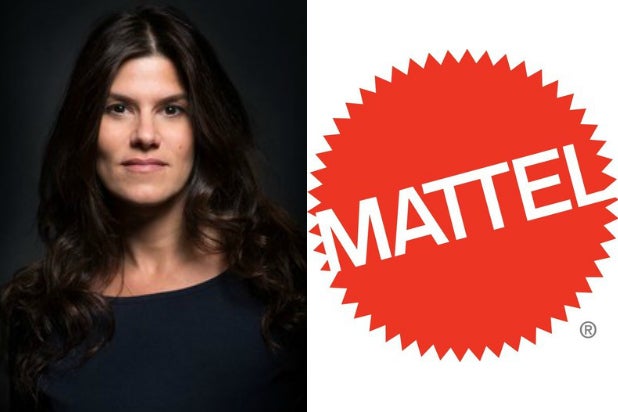 Toy maker Mattel Inc. announced on Thursday that it’s getting into the film business, launching a new division to develop and produce projects based on the company’s toy franchises.

The new Mattel Films division will be led by Oscar-nominated producer Robbie Brenner (“Dallas Buyers Club”), who will serve as the company’s executive producer. Brenner will report to Mattel chairman and CEO Ynon Kreiz.

“Mattel is home to one of the world’s greatest portfolios of beloved franchises, and the creation of Mattel Films will allow us to unlock significant value across our IP,” Kreiz said in a statement. “[Robbie Brenner] is a gifted storyteller and a highly respected filmmaker with deep relationships in entertainment. She is the perfect leader to bring our celebrated brands to life.”

Brenner has held leadership positions at a number of production companies and has overseen the production of dozens of films, including Academy Award-winning “The Fighter,” the Snow White adaptation “Mirror Mirror,” as well as the adaptations of Nicholas Sparks’ novels “Dear John” and Safe Haven.”

Brenner has served as partner and president of the film division at The Firm, as well as president of production at Relativity Media. She also ran the classics division at Davis Entertainment, and prior to that, she held senior vice president roles at Fox and Miramax.

In 2015 Brenner was invited to join the executive branch of the Academy of Motion Picture Arts and Sciences.

“Generations of children around the world have grown up with deep emotional connections to Mattel’s brands and characters,” Brenner said in a statement. “There are so many stories to be told and so many imaginations to be captured by these iconic brands, and I look forward to working with Ynon and his team to do so.”