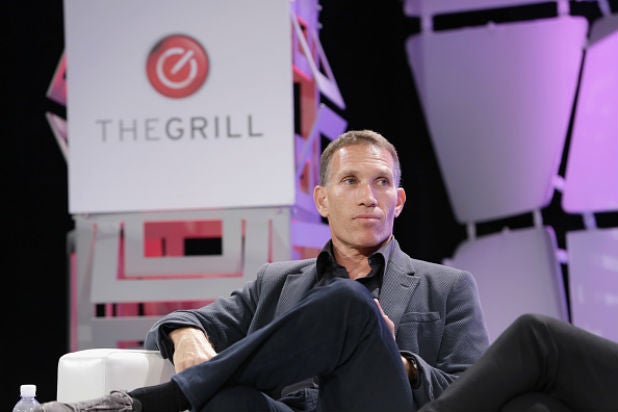 Toy maker Mattel announced on Thursday that media veteran Ynon Kreiz, will be the company’s next CEO.

Kreiz, who has been a member of Mattel’s board since June 2017, will take over for Margo Georgiadis, who took the position in February 2017, but told the board Thursday she’s leaving to pursue a new opportunity in the tech sector.

Kreiz is the former CEO of online video network Maker Studios. He will assume the chief role on April 26, and Georgiadis will stay on in an advisory role through May 10 to ensure a smooth transition, the company said in a press release.

“I am excited by the opportunity to lead the company towards its next phase of transformation and restore Mattel to a high performing toy company,” Kreiz said in a statement. “While the company has been facing significant challenges, we have achieved constructive progress in many key areas.  I am committed to building on our existing strategy as we continue to aggressively implement our transformation plan.

“I look forward to working together to fulfill Mattel’s long term potential and unlock the full value of its world class IP,” he continued.

Kreiz also thanked Georgiadis for the year she spent at the helm and said he was “impressed” with the team Mattel currently has.

“We have made strong progress in addressing the critical structural challenges facing Mattel, and I know Ynon is committed to building on that progress alongside our talented leadership team,” Georgiadis said in a statement. “It has been a privilege to lead such an iconic company at an important time of change… I am proud of what we accomplished together and confident in Mattel’s path forward.”

Last year Mattel reported that net sales were down 11 percent, while sales in North America were down 17 percent. The company has also been plucking along on its transformation plan, targeting to achieve a greater proportion of $650 million net cost elimination initiative in 2018.

Mattel’s shares have declined more than 12 percent in the year to date.

Kreiz also succeeds Christopher Sinclair, who in June 2017 announced his plan to retire in 2018.

“Ynon has tremendous expertise across areas critical to our strategy, including digital, media and entertainment, and we have already benefitted from that experience and his compelling vision for the company since he became a director,” Sinclair said in a statement.  “Ynon has excelled at anticipating industry trends and brings an outstanding track record of innovation and success, with over 20 years of experience in the media and entertainment industries, including particularly deep experience in children’s entertainment.”