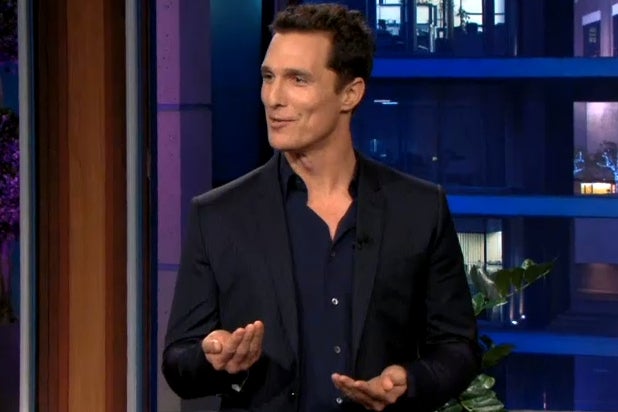 The award will be presented at the Cinematheque’s annual benefit gala on Oct. 21, when colleagues will pay tribute to the actor who won an Oscar for “Dallas Buyers Club” this year.

“Matthew McConaughey is the epitome of what a Hollywood star should be — an adventurous, joyous and evergrowing talent combined with matinee-idol looks and an unshakeable sense of who he is and what he stands for,” American Cinematheque Chairman Rick Nicita said in a statement.

Nicita cited “Dazed and Confused,” “The Lincoln Lawyer,” and “Dallas Buyers Club” as some of his notable roles.

This year, McConaughey also starred alongside Woody Harrelson in the HBO drama “True Detective.” Beside the Oscar, he won a Golden Globe and Screen Actors Guild Award for his portrayal of the AIDS stricken Ron Woodruff in “Dallas Buyers Club.”

The Cinematheque seeks to honor those who are committed to making “a significant contribution to the art of the motion picture” with the annual award. Past recipients of this award include: Jerry Bruckheimer (2013), Ben Stiller (2012), and Robert Downey Jr. (2011).