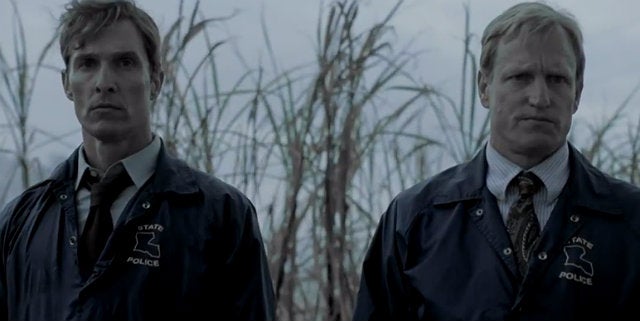 "EDtv" costars Matthew McConaughey and Woody Harrelson partner up to share the screen once again in the upcoming HBO anthology series "True Detective," due to premiere next year,

In the series, McConaughey and Harrelson play a pair of detectives who encounter each other as they try to solve a 17-year-old serial murder case in Louisiana.

A new teaser released Friday is short on details, but long on Southern-fried creepiness and suspense, offering a brief glimpse of how Harrelson and McConaughey will look in their lawmen roles.

"Around here darkness lives on both sides of the law," the teaser warns.

Check out the advance morsel in the video.