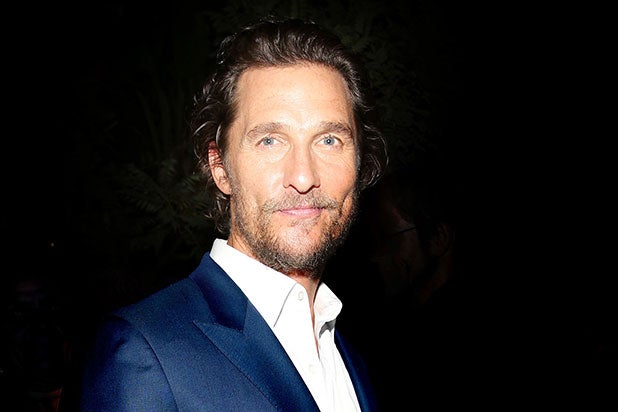 Matthew McConaughey has a message for Americans still upset over Donald Trump’s presidency even after he’s been sworn in: Get over it.

“It’s time for us to embrace, shake hands with this guy and be constructive with him over the next four years,” the actor said in an interview for the U.K.’s “The Andrew Marr Show.”

“Even those who mostly strong disagree with his principles or things he’s said and done — which we’ll see what he does compared to what he had said — no matter how much you disagreed along the way, it’s time to think about how constructive you can be because he’s our president for the next four years at least,” added the Texas native, who was promoting his new drama, “Gold.”

The actor acknowledged that not everyone in Hollywood is quite so open-minded. “It’s a very dynamic and as divisive of an inauguration and time that we’ve ever had,” he said.

“It’s an underdog story,” McConaughey said of “Gold,” in which he stars as a real-life gold prospector in 1980s Nevada.

“This is the guy that nobody bets on … like millions of people in the world, if not billions, that get of bed every day and that don’t have a ticket to the American dream, that are going to have to hustle their way in the back door, the side door, down the chimney and be an entrepreneur and make it their own way,” he said.

"He's our president now, we must embrace, shake hands & be constructive with him" Matthew McConaughey on Trump & new film 'Gold' #marr pic.twitter.com/EvCY7GhLp6