While a third season of “True Detective” is still in limbo, Season 1 star Matthew McConaughey says he would be happy to return to the HBO series.

The Oscar winner also revealed that he has had preliminary discussions with series creator, Nicholas Pizzolatto, about rejoining the show.

“It would have to be the right context, the right way,” he told host Rich Eisen. “That thing — when I read it (the original script), I knew in 20 minutes if I can play this guy, Rustin Cohle, I’m in.” 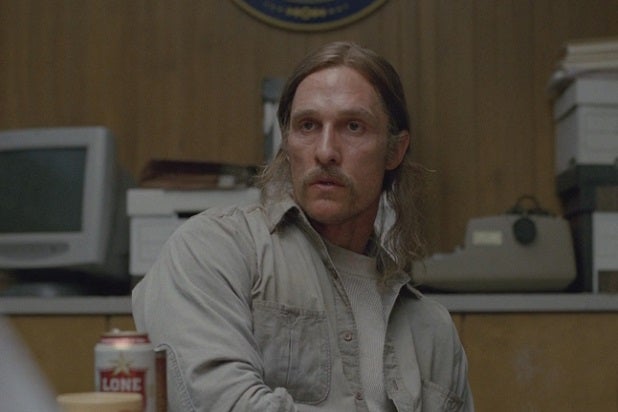 McConaughey also addressed those who would say that going from movies to television wouldn’t make sense for an actor of his stature.

“That used to be a little more of a taboo kind of idea to do. Not anymore,” he said. “Plus, if it’s great quality … you’re actually getting better quality dramas on the small screen today than you ever have been. A lot better than big screen sometimes.”

“True Detective’s” first season won five Emmys in 2014. McConaughey was nominated for Outstanding Lead Actor in a Drama Series alongside co-star Woody Harrelson, but both lost to Bryan Cranston for “Breaking Bad.”

Season 2, however, failed to live up to expectations. Critics and fans alike bashed the second season for a complicated storyline revolving around a mobster played by Vince Vaughn, along with detectives played by Colin Farrell, Rachel McAdams and Taylor Kitsch.

Watch McConaughey discuss the show above. His comments begin around the 3:15 mark.