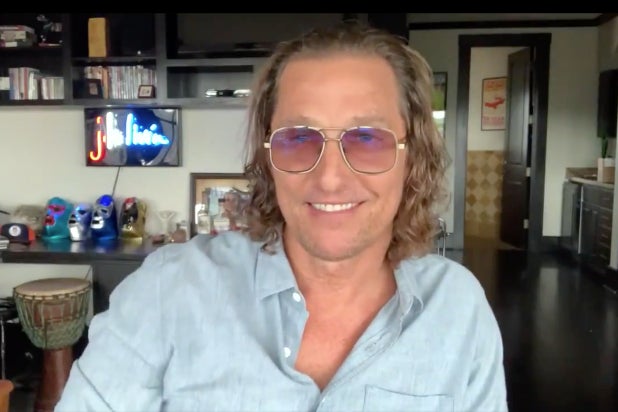 From Wooderson to Moondog and every laid-back character (and real-life moment) in between, Matthew McConaughey has vast experience and the wisdom gained from it. And he’d like to share. The actor has officially launched a YouTube channel, because…well, why not?

“I want to welcome you to my YouTube channel,” the actor said in his launch video, which he posted to Twitter Monday evening. “It’s a destination where I’m going to share who I am, who I’m not, what I believe in, what I don’t, what I’m doing, what I’m not doing, along with some approaches to life that I’ve found useful and constructive along the way.”

McConaughey cites that he’ll share “prescriptions in the art of living that have helped me navigate this rodeo we all live in and even a bunch of bumper stickers that I have seen, heard, gathered and stolen along the way over my last 51 years here.” And that’s all before McConaughey throws in the catchy rhymes.

“Hopefully, it’s gonna be all killah, no fillah! With some raps and rhymes that can help you get back on time, put a little reason to your rhyme,” he shared. “Some food for thought, with a sip of wine.”

McConaughey joins a surprisingly robust roster of A-list celebrities who have personal YouTube channels, such as Brie Larson, Will Smith, Maisie Williams and Zac Efron. It seems like McConaughey will attempt to veer more towards the Larson model of YouTube channels, which is basically, “show the world that you’re a normal person even though you’re a big-time actor and drop some fun tidbits and info for your fans while you’re at it.”